Why Take It Seriously: Hardeep Puri On 'Manoj Tiwari For Chief Minister'

Manoj Tiwari led the BJP in claiming all 7 Lok Sabha seats in April-May national polls. A Bhojpuri singer and actor, he is popular with migrants from eastern UP and Bihar 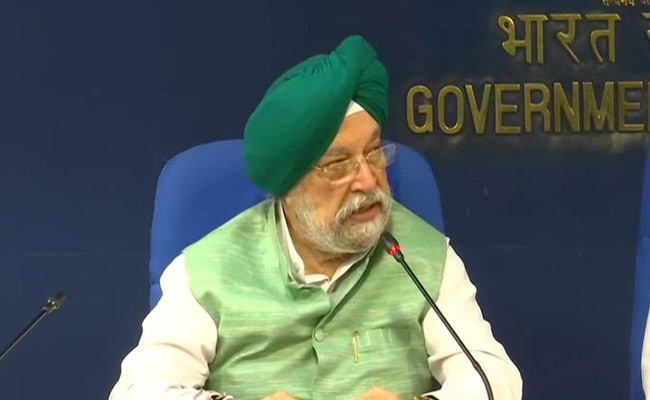 The BJP will storm to victory in Delhi Assembly polls expected next year, Union Minister Hardeep Singh Puri told NDTV today, while stating that earlier comments about BJP Delhi chief Manoj Tiwari being projected as the Chief Minister candidate were misunderstood. "Why are you taking it so seriously?" the Civil Aviation Minister said when asked about a PTI news agency report that quoted him as saying: "...going to fight assembly elections under leadership of Manoj Tiwari-ji ... will rest only after making him Chief Minister".

"I have clarified. Why are you taking it so seriously? I said Manoj Tiwari is the President of Delhi BJP. We said BJP will win by a big majority in the next elections. It was a feeling. I have also given a tweet to clarify," Mr Puri said.

The minister was referring to a tweet he posted on Sunday evening, in which he said "...party has so far not nominated anyone for the post of Chief Minister".

"The BJP is headed for victory in Delhi. The party has so far not nominated anyone for the post of Chief Minister. Mr. Manoj Tiwari is the president of the BJP. The party is working vigorously under his leadership. My statement meant that the BJP would win the upcoming elections under his leadership with a huge vote," the full tweet read.

Mr Puri's comment on Manoj Tiwari, the BJP MP from Delhi (North East), stung the ruling Aam Aadmi Party (AAP) into a reply. The party said such a move would ensure the AAP surpassed its 2015 record; the party won a massive mandate four years ago, claiming 67 seats in the 70-member Assembly.

"Manoj Tiwari is a very close friend... (but) the decision of who will become Chief Minister in the state will be taken by party leadership," Mr Puri emphasised.

Mr Tiwari led the BJP in claiming all seven Lok Sabha seats in April-May national polls. A Bhojpuri singer and actor, he is popular with migrants from eastern UP and Bihar.