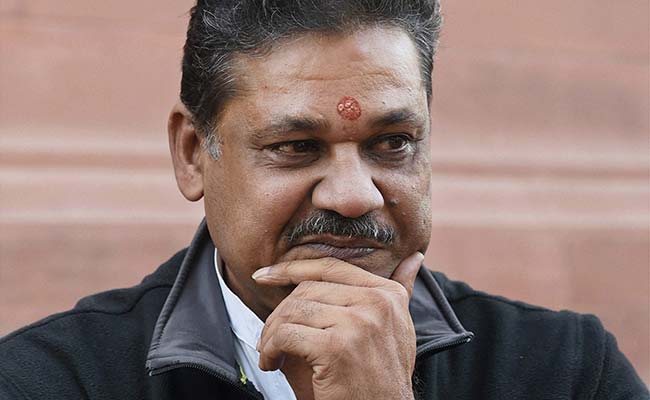 New Delhi: Suspended BJP lawmaker Kirti Azad today dragged the Modi government into his campaign against alleged corruption in DDCA and said he will move court against it besides Finance Minister Arun Jaitley, claiming that the CBI remains a "caged parrot".

At a press conference in Delhi, he also released a letter written by him to Mr Jaitley in September last in which he alleged that the senior BJP leader played a "nefarious role" in messing up the DDCA and Hockey India.

"The day is not far when you will have to be answerable for all the loot that took place right under your charge...While cricket went to the dogs in your regime, only your trusted friends prospered," he wrote on September 13.

Mr Jaitley has denied all the charges and filed a civil and criminal defamation case against Delhi Chief Minister Arvind Kejriwal and other AAP leaders for their similar accusations against him.

Keeping up his attack on Mr Jaitley, Mr Azad today suggested his role in a "mysterious" mail sent to the Delhi and District Cricket Association(DDCA) office-bearers about re-appointing a "favourite" auditor and filing of a defamation case against him and Mr Kejriwal.

"Like always there are outsiders in 'non-executive roles' without any accountability who keep advising DDCA office- bearers how to run it," he told the media taking a swipe at Mr Jaitley, who has insisted that he tenure as the DDCA president was non-executive.

BJP has suspended Mr Azad for his relentless attack on Mr Jaitley, who the party has insisted is a man of highest probity, and served him a show cause notice, asking why he should not be expelled.

Even as he targeted him, Mr Azad claimed that BJP will revoke his suspension as he had not targeted the party or the government.

The report of Justice Mukul Mudgal, who was appointed observer by the Delhi High Court for the India-South Africa cricket test in New Delhi, corroborates most of the charges made by him, Mr Azad said, adding that he would move a writ petition after Mudgal files his second report.