Sunita Chaudhary was robbed of Rs 30,000 on Tuesday, the money with which she has planned to finance her new auto rickshaw. Her previous auto rickshaw had completed 15 years on road and could not be driven any longer as per transport authority rules. 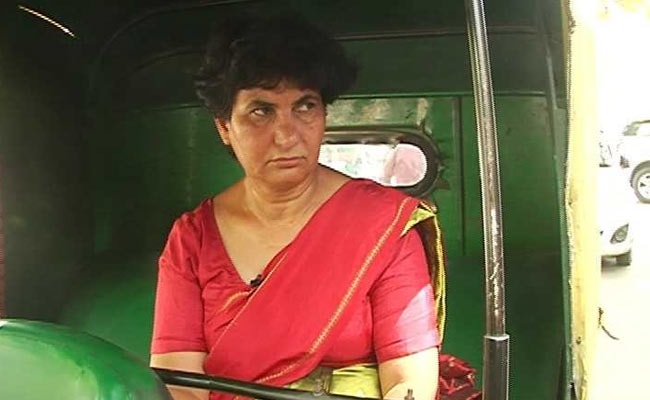 When Sunita Chaudhary, Delhi's first woman auto rickshaw driver, took part in a farmers' event at Delhi's Jantar Mantar on Thursday, one couldn't have told that she had lost her source of livelihood just two days ago.

On Tuesday, Sunita was robbed of Rs 30,000, the money with which she had planned to finance her new auto rickshaw. Her previous auto rickshaw had completed 15 years on road and could not be driven any longer as per transport authority rules.

The incident took place in Ghaziabad when she was on her way back home from Meerut in an auto rickshaw. She had de-boarded a bus at Ghaziabad's Mohan Nagar and took a shared auto ride to Delhi's Anand Vihar. Other than the driver, three other men were already travelling in the auto rickshaw; two in the passengers' seat and one sitting beside the driver. 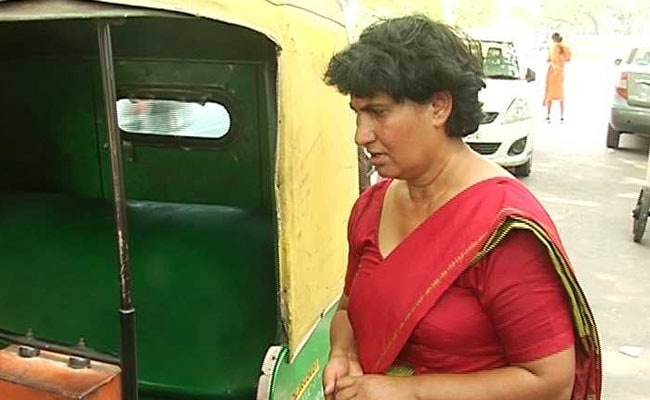 The Rs 30,000 were mostly Sunita's savings, and the money she got after selling her old auto rickshaw.

"Three of us were in the back seat, and one person was sitting next to the driver. Suddenly, the driver asked the man sitting next to him to move to the passengers' seat. After a while, he stopped the auto and said it broke down," said Sunita.

As an auto driver herself, she got off to see what the problem was. "I saw that nothing was wrong, but the driver insisted that I find another auto and took my bag out of the auto. While I was looking for another ride, the driver started his vehicle and took off," she said. When Sunita checked her bag, the cash was gone.

The money was mostly her savings, and some that she got after selling her old auto rickshaw. With no source of income, Sunita was struggling to make ends meet. Now, she will have to rent an auto rickshaw just so that she can meet her daily expenses.

"I don't have a choice now. I can only request someone to rent me their auto rickshaw; otherwise I have no other option," she said. 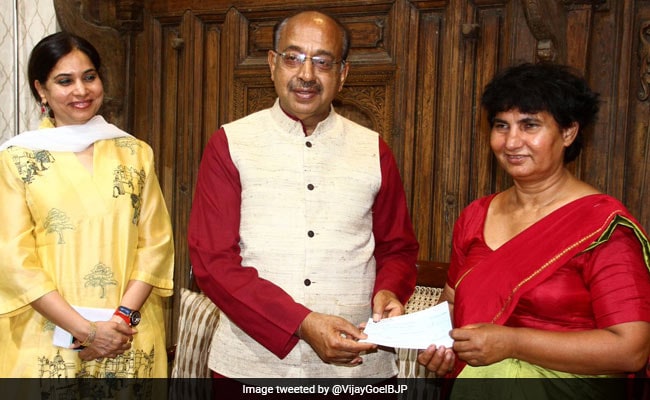 Vijay Goel gave Sunita a cheque of Rs 30,000 out of his salary as Member of Parliament

But Sunita's story doesn't end badly. When Former Union Minister and BJP leader Vijay Goel heard reports of the incident, he gave Sunita a cheque of Rs 30,000 out of his salary as Member of Parliament. Now, Delhi's first woman auto driver can continue to support herself driving the streets in her new auto rickshaw.