Bride Shot At In Delhi, Returns From Hospital For Wedding Ceremony

The bullet brushed past the bride's legs. She received the treatment and completed the wedding rituals. 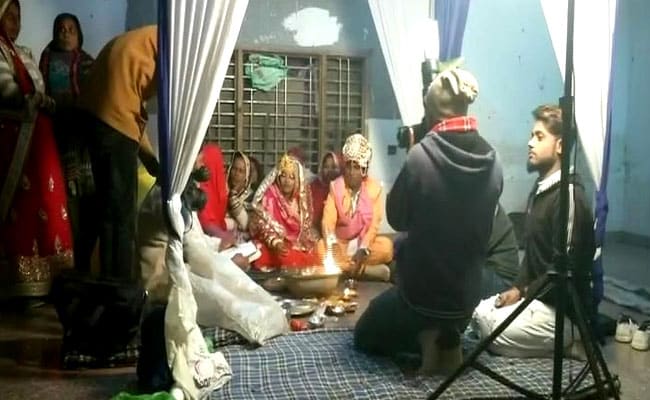 After the firing, the couple got married in a quiet ceremony.

A bride was about to climb the dais for her wedding ceremony when she was shot at in Delhi's Shakarpur area on Thursday. She was immediately taken to the hospital and after her treatment, the couple got married in a quiet ceremony.

The bride, Pooja, says she has no idea who shot at her.

"A bullet brushed past her legs, so we went to the hospital. Police was later called," the groom, Bharat, told news agency ANI.

The police are talking to the guests to try and identify the attacker.

In a similar incident in November last year, a groom was shot by two gunmen as he rode a chariot to his wedding in Delhi. The groom, bandaged up, returned to his bride-to-be just three hours after the surgery and performed his wedding rituals.