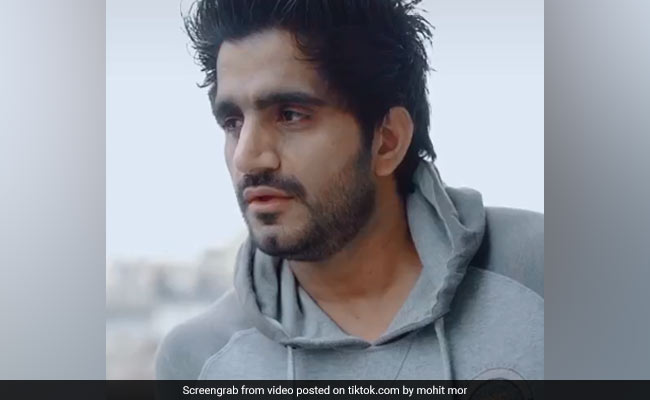 Mohit Mor, 24, was killed inside a shop by three armed men near Delhi last week.

A man said to be the key conspirator and the supplier of guns used in the killing of 24-year-old social media celebrity Mohit Mor earlier this month near Delhi, has been arrested.

Sandeep Pehelwan, 32, was arrested from his house in Najafgarh town near Delhi on Monday. During interrogation, he told the police that he had been hiding in a secret cellar in his house while they were looking for him. He was not even using a mobile phone; news agency PTI reported, quoting Deputy Commissioner of Police Anto Alphonse.

The man that the police have arrested has been involved in five cases of murder, attempt to murder and extortion. He was released on parole and went missing soon after, news agency PTI reported.

Last week, the police arrested a 17-year-old for Mohit Mor's murder. His call records showed that the teen was the last person to have spoken to him before he was shot dead.

On being questioned, the teen revealed that he come into contact with Sandeep Pahalwan through a gang. On the day of the murder, he had asked the teen to meet him. Two other gang members involved in the killing were also there. Then, he gave them three pistols and the address to the shop where Mohit Mor was killed eventually.

Mohit Mor was a well-known social media personality with close to half a million followers on popular video sharing app TikTok and around 3,000 followers on Instagram.

He was killed inside a shop by three armed men. A senior police officer quoted by news agency IANS said 13 bullets were fired at him.

The gunmen were captured on CCTV camera, fleeing the crime scene. Two of the attackers' faces were hidden with helmets, while one of them could clearly be seen in the CCTV footage. Police suspect he was killed over a property dispute in which two rival gangs were involved.