Delhi Biker, Accused Of Molestation In 2015 At Signal, Gets Clean Chit

Sarvjeet Singh Bedi had claimed that the woman had pressed charges against him to "become famous". He said she was an Aam Aadmi Party (AAP) supporter and wanted political mileage from the incident. 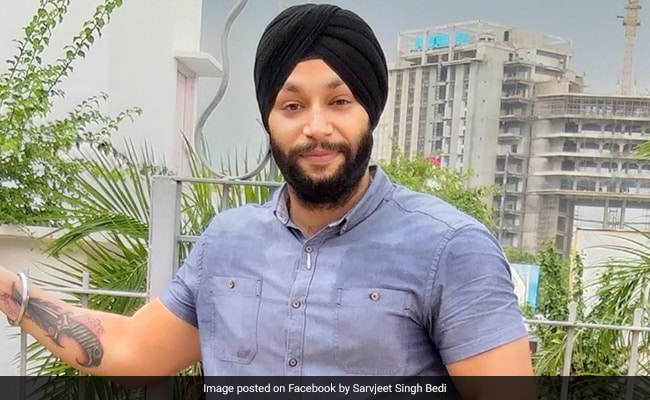 A Delhi man who was accused of sexual harassment four years ago by a student has been acquitted of all charges in the case. Sarvjeet Singh Bedi, 28, was accused of harassing and abusing Jasleen Kaur, who was then a student of Delhi University, at a traffic signal in Delhi's Tilak Nagar in August 2015.

The case was widely covered by media and the woman was widely praised. She got an award of Rs 5000 from the Delhi Police for bravery and even Chief Minister Arvind Kejriwal congratulated her, saying "Girls of Delhi should follow her and speak up against such unacceptable acts."

Mr Bedi had claimed that the woman had pressed charges against him to "become famous". He said she was an Aam Aadmi Party (AAP) supporter and wanted political mileage from the incident.

Today, a Delhi court said the entire case of the prosecution rested on the testimony of the complainant, which was contradictory and inconsistent, Bar and Bench tweeted. The court concluded that Ms Kaur's testimony was not trustworthy and gave the benefit of doubt to the accused and acquitted him.

The woman had shared her ordeal on social media soon after the incident along with a photograph of Mr Bedi, who was subsequently arrested. Worse than the man's comments, says Jasleen Kaur, was the fact that at a busy intersection in the capital, no one helped.

The woman claimed she took a photograph of the number plate of his motorcycle and when she was about to take a photograph of the accused, he posed for it despite being told that she would report the matter to police. The picture of the man on his bike was widely circulated on social media.

The case went on for four years, during which the woman migrated to Canada.

After his acquittal, Mr Bedi put out a Facebook post thanking his lawyer and family for their support through the difficult time.

"I wish to thank Waheguru ji for keeping His eye on me, and all of you for your tremendous support. My friends and well-wishers made it possible," he wrote on Facebook after his acquittal.