Fire Breaks Out At Engine Oil Warehouse In Delhi, 1 Dead

No casualties or injuries have been reported so far and a rescue operation is on, officials said. 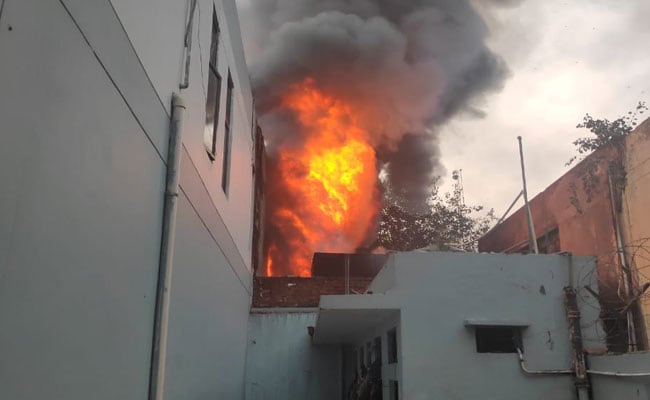 One person died after a massive fire broke out at a warehouse in Delhi's Punjabi Bagh this evening. Twenty two fire engines rushed to the spot to contain the fire at the area's Transport Nagar. It is a warehouse for engine oil.

The body of Romit Kumar, 28, was recovered after the fire was doused in the evening, officials said.

Visuals showed smoke billowing out of the burning godown as commuters looked on.

On Friday, a fire broke out in a rear power car of a train as it was departing the New Delhi railway station in the afternoon. No casualties or injuries had been reported.