The Delhi chief electoral officer is likely to direct police to file a formal complaint against Balbir Singh Jakhar for a press conference during the 48-hour silence prior to polling. 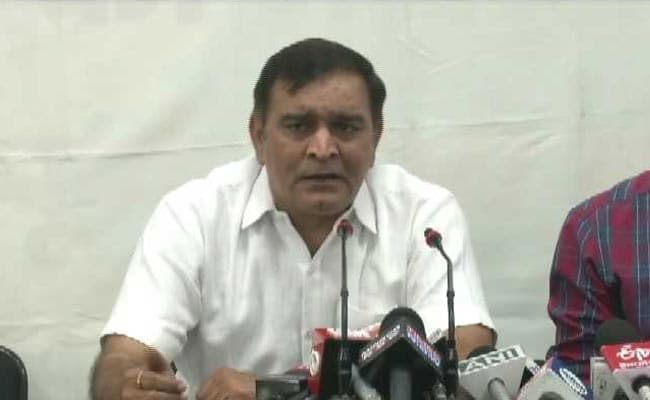 The Delhi Police on Saturday intervened to stop a press conference by Aam Aadmi Party (AAP) candidate Balbir Singh Jakhar, saying it was a violation of the model code of conduct, but he went ahead with it after which police informed election officials.

The Delhi chief electoral officer (CEO) is likely to direct police to file a formal complaint against Mr Jakhar, the party's candidate from the West Delhi Lok Sabha seat, who held the press conference during the 48-hour silence prior to polling, officials said.

Defending his action, the AAP said its candidate has not made an appeal for vote or displayed the party symbol at the press conference which was held only to issue clarification regarding a video being circulated in which Mr Jakhar's son Uday claimed that his father paid Rs 6 crore to Arvind Kejriwal for contesting from the West Delhi seat.

As soon as the press conference was about to start, three policemen entered the AAP headquarters at Delhi's ITO and told AAP functionaries to stop the event, but they did not pay heed. After this, the cops tried to video record the proceedings but they were not allowed inside and the door was shut.

According to the officials at the CEO's office, they received a complaint from the BJP in which the party said Mr Jakhar is organising a press conference which was in violation of the poll code. Following the complaint, police were informed, they said.

A senior police officer said they came to know about the press conference following which they went to the premises to caution AAP functionaries that they cannot hold a press conference during the 48-hour silence period prior to polling as it is a violation of the model code of conduct.

The officer said they have informed the Delhi poll body about the developments.

Since Mr Jakhar did not stop the press conference, the Delhi poll body will be directing police to take legal action in the matter, the officials said.

At the press conference, Mr Jakhar denied his son's claim and said they had estranged ties.

Angry with the police action, the AAP alleged that BJP candidates too were holding press conferences and asked "why the same rules do not apply to all parties".

Asserting that there was no violation of the code of conduct, the party said it had covered its symbol and had made no appeal to vote but just gave a clarification.

The AAP also contended that the police should have brought an official order from the Election Commission that the press conference cannot take place.