The AAP government has decided to implement the road rationing scheme in the national capital from November 4 to November 15. 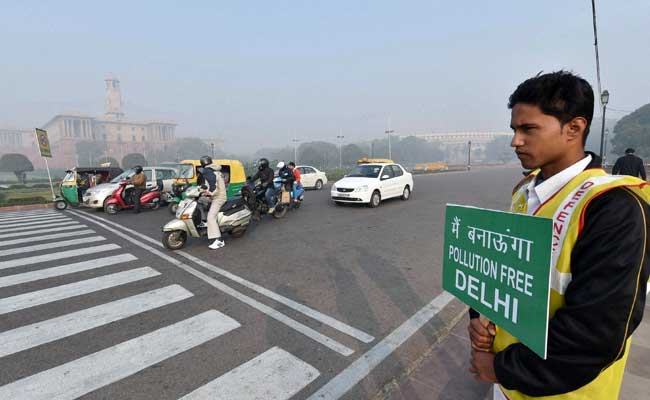 Odd-Even will be implemented from November 4 to November 15. (File)

A lawyer filed a plea in the Delhi High Court on Tuesday challenging the proposed implementation of the odd-even road rationing scheme, contending that it violates fundamental right to equality by giving exemption to women drivers.

The AAP government has decided to implement the road rationing scheme in the national capital from November 4 to November 15.

The PIL sought quashing of the decision to implement the odd-even scheme in Delhi on the ground that granting exemption to women drivers is a violation of the fundamental right to equality.

The PIL came for hearing before a bench of Chief Justice DN Patel and Justice C Hari Shankar which listed the matter for November 1 as the petition has not placed on record a copy of the scheme of the Delhi government.

The plea filed by advocate Shashwat Bhardwaj said, "The State, that is, the sole respondent herein, in implementing the said scheme and enforcing it on the residents of Delhi is denying equality before law on the ground of sex and therefore the said scheme warrants it to be struck down by this court as it is clearly in violation of Article 14 of the Constitution."

It also sought direction to the Delhi government to set up a committee comprising senior bureaucrats and members of the Bar to conduct a study on the viability of the odd-even scheme and any alternative arrangement that does not violate any fundamental right.

The petitioner said a representation was made before the chief secretary but nothing was done.
He said the rationale given by the government for exempting women is "vague, mischievous and misconceived and the scheme is being enforced only to gain political mileage".

This will be the third time that the scheme will be enforced in Delhi after two 15-day periods in January and April 2016.

Chief Minister Arvind Kejriwal earlier said, "Keeping the security of women in mind, we have decided to exempt women from the odd-even scheme. All vehicles being driven by a lone woman driver, a woman driver ferrying female passengers or those with women drivers and children below the age of 12 will be exempt."

Two-wheelers will be exempted from the scheme, which will be implemented from 8 am to 8 pm except on Sundays, and the violators will invite a fine of Rs 4,000.

"President, Vice President, PM, Governors, Chief Justice of India, Speaker of Lok Sabha, vehicles of union Ministers, Rajya Sabha and Lok Sabha Leaders of Opposition, Vehicles of Chief Ministers of States and union territories, will be exempted from odd-even scheme. Delhi CM & Ministers will not be exempted," he had added.

Vehicles carrying school students will also be exempt from the scheme. Unlike previous occasions, privately owned CNG vehicles will not be exempted, he had announced.