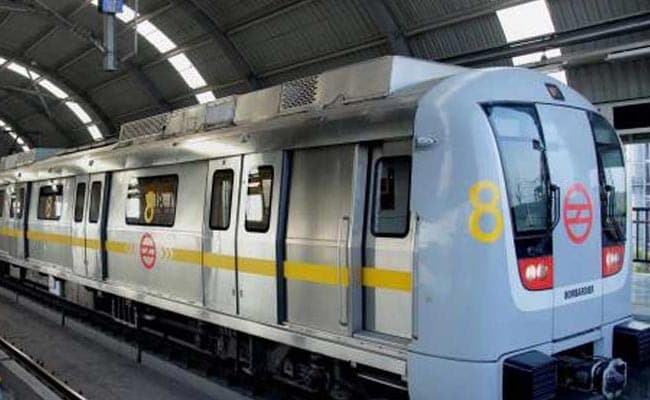 DMRC denied that any ground water was being extracted for the construction of the metro project. (Representational Image)

The Environment Ministry told a bench headed by Justice U D Salvi that Railway projects and Metro Rail projects are not within the purview of 2006 Environmental Impact Assessment Notification and therefore prior Environmental Clearance was not required.

"The government of India, Ministry of Urban Development (Metro Rail Cell) vide Office Memorandum dated May 22, 2009 has sent a Cabinet note to the Ministry of Environment and Forest and that the MoEF have vide Office Memorandum dated June 2, 2009 responded to the Cabinet node stating that the Metro projects are not required to seek Environmental Clearance under EIA Notification...

"In view of the above, the construction of the Metro line from Noida to Greater Noida does not require an EC and it is respectfully submitted that the construction is in accordance with the Office Memorandum dated June 2, 2009 issued by the Ministry of Environment and Forest," an affidavit filed by Delhi Metro Rail Corporation said.

On the issue of extraction of ground water, the DMRC denied that any ground water was being extracted for the construction of the metro project.

An application has been submitted before Central Ground Water Authority (CGWA) for extraction of ground water which is currently pending for consideration, it said.

The affidavit was filed in response to a plea filed by environmentalist Vikrant Tongad seeking directions to Noida Metro Rail Corporation (NMRC) to obtain environmental clearance for its project from Noida to Greater Noida after conducting proper Environment Impact Assessment.

Tongad had stated that the metro from Noida to Greater Noida will pass through Hindon and piers would be constructed on the river bed which can significantly harm aquatic habitat of the river.