The incident took place around 10.15 a.m. when Tasveer Singh was going for some work at block A on inner circle of Connaught Place, the police said. 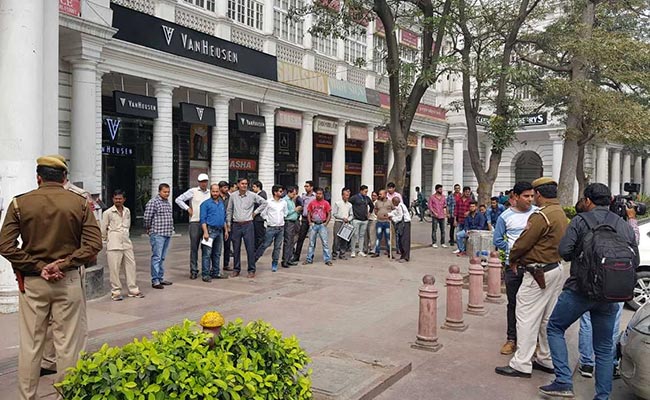 Police are trying to ascertain the identity of the robbers by checking CCTV footage. (Representative)

New Delhi: A 50-year-old businessman was injured when two unidentified masked men shot at him in a suspected robbery bid at Connaught Place, police said today.

The incident took place around 10.15 a.m. when Tasveer Singh was going for some work at block A on inner circle of Connaught Place, the police said.

He was attacked by two masked men who allegedly tried to snatch his bag. Mr Singh was shot in the abdomen when he resisted them. The gunshot attracted attention of people who started moving towards the spot, but the accused managed to escape, the police said.

Mr Singh, a resident of Vijay Vihar, was admitted to LNJP hospital where his condition was stable, they said.

Police is trying to ascertain the identity of the robbers by analysing CCTV camera footage of the spot.

During a preliminary enquiry, it was learnt by the police that Mr Singh has two sons against whom criminal cases were registered and they were presently in jail, the officer said.

Promoted
Listen to the latest songs, only on JioSaavn.com
Police said that the attack appeared to be an outcome of personal rivalry not only due to criminal record.

"The case is being probed from different angles including attempt to robbery as well as enmity," the police added.
Comments
Businessman Shot DeadConnaught Place