Highlights: Delhi High Court Says No Trees To Be Cut In The City Till July 4

The plan to chop 17,000 trees provoked huge protests in Delhi 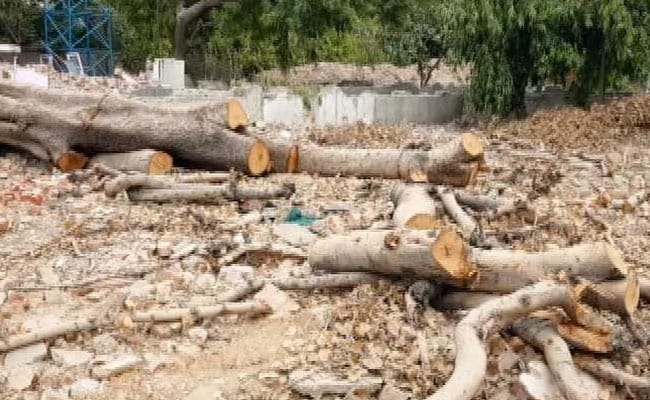 New Delhi: The Delhi High Court has put on hold a controversial project that required the cutting of 17,000 trees in the national capital. The trees were to be cut to make way for government officers' houses and a commercial complex. "You want to cut thousands of trees for housing. Can Delhi afford this?" the judge asked the government-run National Buildings Construction Corporation (NBCC), which is overseeing the project. The court also asked if the tree-cutting was approved by the green tribunal.

The plan provoked huge protests in Delhi, with the government's assurance that an equal number of saplings will be planted to make up for the loss of trees being rubbished by residents.

Here are the highlights on this developing story:

AAP welcomes the decision of Hon'ble HC to stay any further felling of trees in Central Govt's VIP housing project at Delhi.
It was a day light mass murder to fell 17000 trees.

Thanks Delhi for standing up.#DelhiChipkoAndolan

Jun 25, 2018 14:24 (IST)
The party accused that the buildings will not be for government officers but rather for more commercial buildings.
Jun 25, 2018 14:24 (IST)
The Aam Aadmi Party said it will try to persuade the Lt Governor to not accept the plea to cut more trees
Jun 25, 2018 13:59 (IST)
The six south Delhi colonies where the trees would be felled according to the Centre's plan are Sarojini Nagar, Naoroji Nagar, Netaji Nagar, Thyagaraja Nagar, Mohammadpur and Kasturba Nagar.
Jun 25, 2018 13:53 (IST)
Hardeep Singh Puri, who was trolled for trying to justify the Centre's plan earlier, had said that no trees will be cut in Delhi. Read here
Jun 25, 2018 13:37 (IST)
The Aam Aadmi Party has protested against the plan, accusing the Centre of showing "apathy towards environment".

"Razing 17K trees for VIP accommodation shows complete apathy towards environment & non-application of mind on part of Central Govt. Why can't they put up babus in Noida/Gurgaon?
If 1000s of people can come from these places to work in Delhi,so can babus."- @raghav_chadhapic.twitter.com/auTnajnTdG