Delhi Traffic Advisory: The key ITO junction, which was closed till this morning, has been completely reopened for traffic and all barricades have been removed. 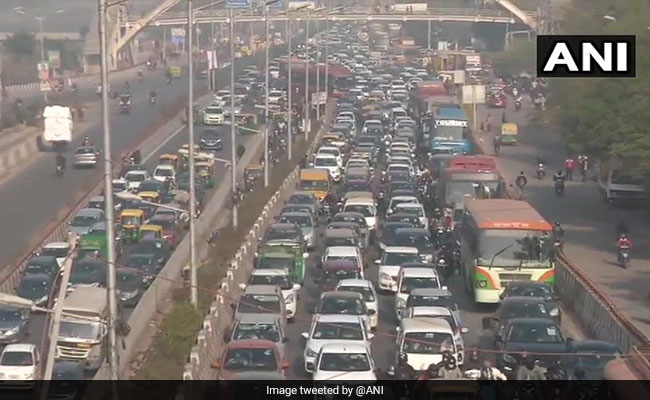 Many roads in Delhi and entry to some Metro stations in the Old City remained closed on Wednesday in view of heightened security a day after violent clashes broke out in some pockets during protesting farmers' Republic Day tractor rally that left one farmer dead and at least 86 people injured.

The key ITO junction, which was closed till this morning, and Minto Road near Connaught Place have been reopened for traffic and all barricades have been removed, the Delhi Traffic Police tweeted.

The police has been issuing advisories amid jams during peak traffic hours on Wednesday morning when Delhi residents struggled to reach their offices.

Traffic jams were seen in parts of the National Capital Region, including Anand Vihar and Kalindi Kunj, which connects Noida with south Delhi.

Among other roads that remain closed are those linking Delhi with Ghaziabad, including the Ghazipur Mandi road, NH-9 and NH-24. "People commuting from Delhi to Ghaziabad are advised to go via Shahdara, Karkari Mor and DND Flyway," the Delhi Traffic Police tweeted.

The Ghazipur Phool Mandi road is also shut for traffic.

"Those going from Delhi to Ghaziabad should use Kakdi Bend, Shahdara and DND flyway," the police informed on Twitter.

The Delhi Metro Rail Corporation (DMRC) has also closed all entry and exit to the Lal Quila Metro station, near the Red Fort where a faction of farmers placed a Sikh religious flag after veering off the pre-decided rally route on Tuesday.

"The entry gates of Jama Masjid Metro station (1.5 km from the Red Fort) are closed. In case of any fluctuations in crowd, the waiting time will be informed accordingly," the DMRC informed on Twitter.

It added that the average waiting time at Saket Metro station, which was 35 minutes this morning, has also normalised.

On India's 72nd Republic Day, farmers protesting for repeal of three contentious laws enacted in September were given police permission to hold the rally on the periphery of the city. But the Kisan Mazdoor Sangharsh Committee refused to stick to the route. Violence took place in and around Mukarba Chowk, Ghazipur, ITO, Seemapuri, Nangloi T-Point, Tikri Border and the Red Fort.