Independence Day 2019: A multi-layered security ring, including NSG snipers, elite SWAT commandos and kite catchers, will be placed around the Red Fort, from where PM Narendra Modi will address the nation 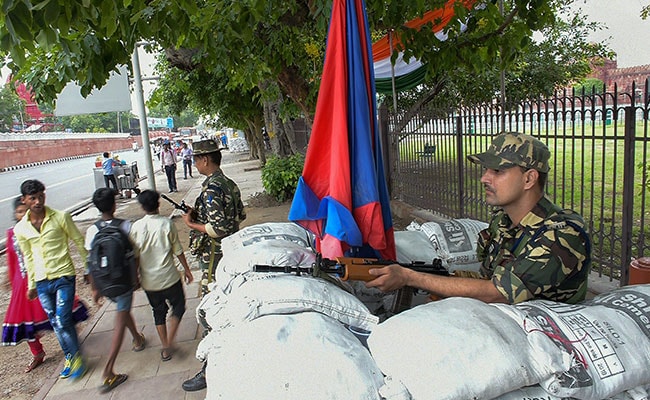 Independence Day 2019: A multi-layered security ring will be placed around the Red Fort

Security has been tightened in New Delhi ahead of Independence Day and in view of the centre scrapping constitutional provisions that accorded special status to Jammu and Kashmir.

A multi-layered security ring, including NSG snipers, elite SWAT commandos and kite catchers, will be placed around the Red Fort, from where Prime Minister Narendra Modi will address the nation on the 73rd Independence Day.

The Delhi Traffic Police has also issued an advisory for the Independence Day function at the Red Fort and for its full dress rehearsal on Tuesday to ensure safe and smooth flow of vehicles across the city.

Special "spotters" of Delhi Police and the paramilitary force personnel will also be keeping an eye on parking areas. Sniffer dogs are also part of the extensive security deployment.

The venue, which will see the presence of senior ministers, top bureaucrats, foreign dignitaries and common people during the Prime Minister''s address, will have multiple CCTV cameras. Roads leading to the Red Fort will also be under surveillance, police said.

Delhi Police personnel have been specifically asked to keep an eye on the sky to ensure that no stray kites are seen in the areas around the Red Fort. Special Weapons And Tactics (SWAT) unit and "Parakram" vans of the force are also involved in guarding the venue.

Police have also been carrying out anti-sabotage checks in the area and visited hotels in the vicinity in search of suspicious elements, officials said, adding that a security audit of the residents, including tenants, has been completed.

Last week, the central government abrogated Article 370 of the Constitution, which accorded special status to Jammu and Kashmir, and divided the state into two union territories.