The weather department has predicted cloudy skies for Saturday with light to moderate rain and thundershowers. 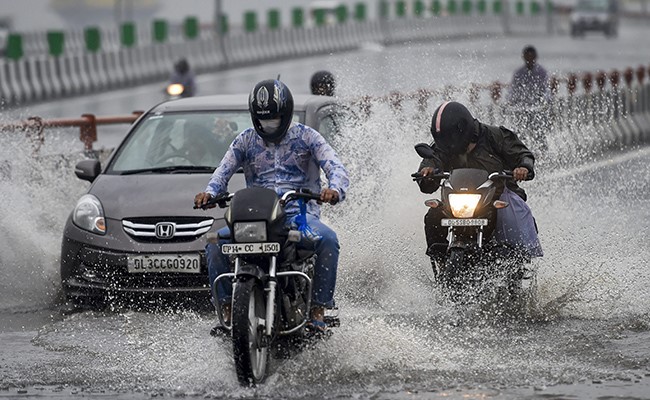 Heavy rain in various parts of Delhi brought temperature significantly down today. The weather office had issued a red alert for Delhi on Friday.

The Safdurjung observatory, which provides official figures for the city, recorded 8.6 millilitres of rainfall until 8:30 pm, the weather office said.

Overall, it has received 189.3 mm precipitation against the long-term average of 230 mm since June 1, when the monsoon starts, a deficiency of 18 per cent, according to IMD data.

The Safdarjung observatory recorded 50.2 mm rainfall, the heaviest in the monsoon season this year, on July 22.

The weather station at Palam gauged 61 mm precipitation on July 18.

The weather department has predicted cloudy skies for Saturday with light to moderate rain and thundershowers.