The IMD said moderate rains are expected on Friday, along with hailstorm or squall with winds gusting up to 40-50 kmph. 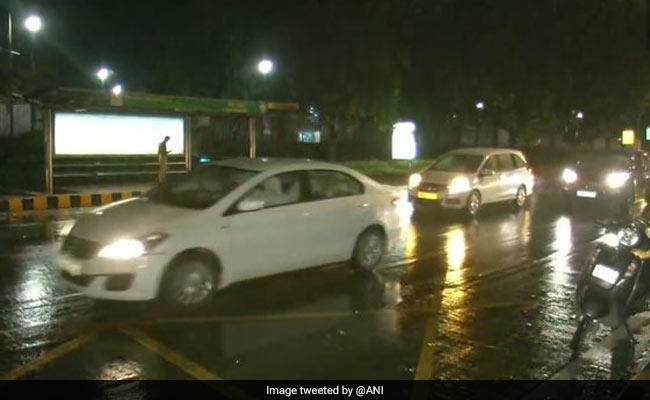 Heavy rain along with hailstorm and thunderstorms hit parts of Delhi and its neighbouring areas on Thursday, causing a sharp dip in temperature.

The national capital recorded a minimum of 14.4 degrees Celsius and a maximum of 27 degrees Celsius, around two notches less than that on Wednesday, the India Meteorological Department (IMD) said.

Thunderstorm, lightning & gusty wind speed reaching 30-40 kmph with light to moderate rain most likely to continue over Delhi and adjoining areas during next 1 hour. pic.twitter.com/UMGnmEIlHJ

The IMD said moderate rains are expected on Friday, along with hailstorm or squall with winds gusting up to 40-50 kmph.

The weather department earlier in the week predicted a fresh western disturbance to affect northwest India between March 4 and March 7.

Meanwhile, heavy downpour overnight led to high humidity levels on Thursday morning. Strong winds up to 25 kilometers per hour helped improve the overall air quality which stood at 79 at 4 pm, which falls in the satisfactory category. Delhi air quality improved to such levels almost after three months.