The the gunmen were looking for some members of a rival group, according to reports. 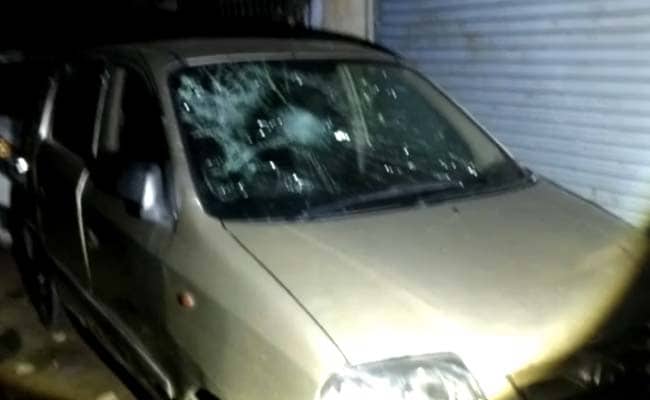 Windows of several cars were smashed in the vandalism in Kucha Mohtar Khan locality.

Nearly dozen vehicles were vandalised by armed men who also fired a few rounds in the air in a residential locality in North Delhi late on Sunday. The men also entered the houses and assaulted people living there, residents living in the locality said.

According to reports, the men arrived at Kucha Mohtar Khan locality in Mori Gate around 12:30 am and started vandalising the vehicles parked there. They also fired few rounds in the air, according to residents in the locality. Some of the men forcefully entered the houses and assaulted people living there, including children and women, they said.

The brazen defiance of law was reported in Kucha Mohtar Khan locality, which is just 500 meters from the Kashmere Gate police station.

The gunmen left by the time the police team arrived at the location.

Videos from the area showed smashed car windscreens and two wheelers lying on the ground. Bullets allegedly fired by the gunmen were also seen on the ground at various places.

News agency ANI, quoting police, said that the gunmen were reportedly looking for some members of a rival group.

"The initial probe reveals that a group of men vandalised vehicles and fired few rounds in air in Mori Gate area last night, while they were searching for some men of another group," ANI reported quoting the police.

"A clash had taken place between the two groups earlier. No CCTV footage found yet. The probe is still on," it added.