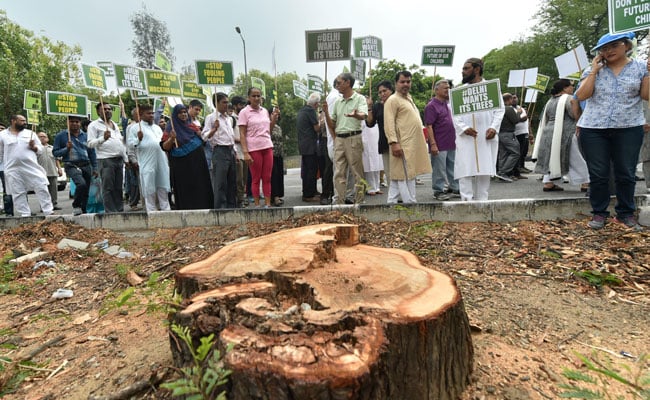 The felling of nearly 2000 trees in overly-polluted national capital has been indefinitely put on hold by the Delhi High Court, which said no permission for this will be granted in immediate future. The court's direction comes days after the green court put a freeze on felling in the city till July 19, questioning the Centre's plans to replace the trees.

The project was proceeding despite vociferous protests from the locals and the Aam Aadmi Party government. In parts of South Delhi, locals have been sitting on protest every evening. Objections have come from all quarters to the Centre's plans to plant a larger number saplings.

Activists and environmentalists have pointed out that saplings were a poor substitute to full grown trees, both in terms of their impact on environment and the immediate surroundings.

Last month, the court had put a freeze on the controversial project that required the cutting of 17,000 trees in the national capital.

"You want to cut thousands of trees for housing. Can Delhi afford this?" the judge had asked the government-run National Buildings Construction Corporation or NBCC, which is overseeing the project.

Observing that "felling of trees severely impacts and destroys environment", the green court has said the NBCC should give "clear cut answer about felling of trees and the details of the project" by July 19, the next date of hearing.