The thunderstorm comes just a day after Delhi was hit by a massive dust storm early Wednesday morning. 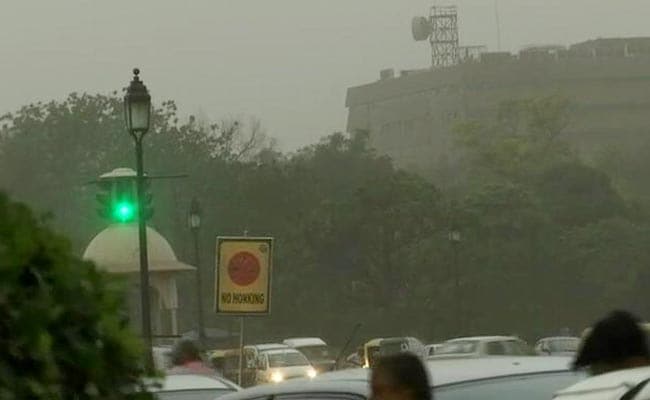 Delhi Weather: The thunderstorm comes a day after Delhi was hit by a massive dust storm Wednesday morning

New Delhi: New Delhi and other areas adjoining the national capital have been hit by a dust storm and light rain this evening. The National Disaster Management Authority or NDMA has sent an advisory asking people to try and stay indoors.

Winds ranging from 50 to 70 kilometres per hour will also accompany the thunderstorm.
May 17, 2018 19:58 (IST)
Gusty winds swept across Delhi, giving residents respite from the heat, reported news agency PTI

The Indian Meteorological Department or IMD has forecast cloudy skies with likelihood of light rain and thunderstorms in the evening and night, according to news agency PTI.
May 17, 2018 19:10 (IST)
Weather department predicts light rain, thunderstorm in Delhi

The Indian Meteorological Department or IMD predicted light rain as well as a thunderstorm with winds of 50-70 kilometres per hour in Delhi and the National Capital Region.

A dust storm was reported to have hit Delhi's Vijay Chowk.