Delhi 'Godman' May Have Been Running Trafficking Racket: Women's Panel

A Delhi Commission for Women team, including its chief Swati Maliwal, along with Ajay Verma, advocate appointed as amicus curiae by Delhi High Court in the matter, visited Virendra Dev Dixit's ashram at Karawal Nagar in east Delhi and Nangloi in west Delhi and interacted with the inmates. 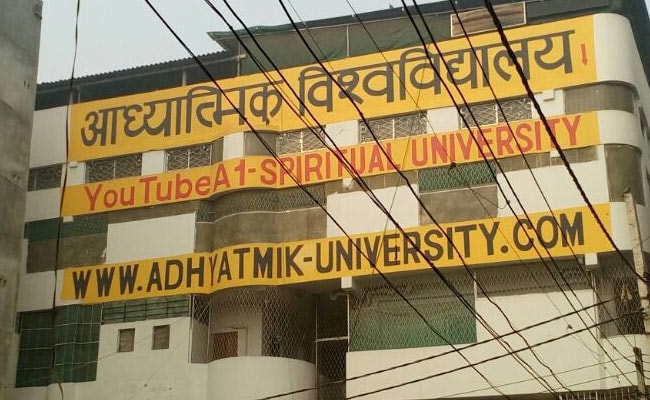 New Delhi: The Delhi Commission for Women (DCW) on Monday inspected more ashrams of molestation accused 'godman' Baba Virendra Dev Dixit in Delhi and said he might be running a human trafficking racket.

A DCW team, including its chief Swati Maliwal, along with Ajay Verma, advocate appointed as amicus curiae by Delhi High Court in the matter, visited Dixit's ashram at Karawal Nagar in east Delhi and Nangloi in west Delhi and interacted with the inmates.

"There were six girls being kept in a similar situation like Vijay Vihar, Rohini and other ashrams of the Baba. The ashram was much smaller but had prison-like surroundings," said a statement by the DCW, referring to the Karawal Nagar ashram.

"Proper registers were not being maintained to record as to where did the girls come from and for how long have they been there."

"Three girls appeared to be minors. The CWC concerned has been requested to shift them to shelter homes to ensure their counselling. The locals informed that before the DCW visit, many girls had been removed from the premises," it added.

At the Nangloi ashram, the team interacted with around 15 women inmates but didn't find any minors. According to the DCW, locals said around 20 girls were taken away from the ashram in the morning.

"It appears that Baba is running a human trafficking racket. The CBI should urgently and simultaneously conduct raids at all ashrams of Dixit across India and close them down. By delaying the raids, Baba is getting time to cover up his action. All women and girls should be immediately rescued," Ms Maliwal said.

Promoted
Listen to the latest songs, only on JioSaavn.com
Last week, the DCW had rescued more than 45 minor girls from two different ashrams run by Dixit where girls and women were allegedly being kept in illegal confinement in the name of religious preaching.

The Delhi High Court has ordered a CBI investigation into the matter and slammed the Delhi Police for not taking any action on various FIRs of girls and women being allegedly lured into an ashram in Rohini area on the pretext of spiritual guidance but then being raped.