Delhi Weather: Delhi temperatures are expected to hover around 33 to 36.6 degrees. No heatwave conditions are expected in the country. 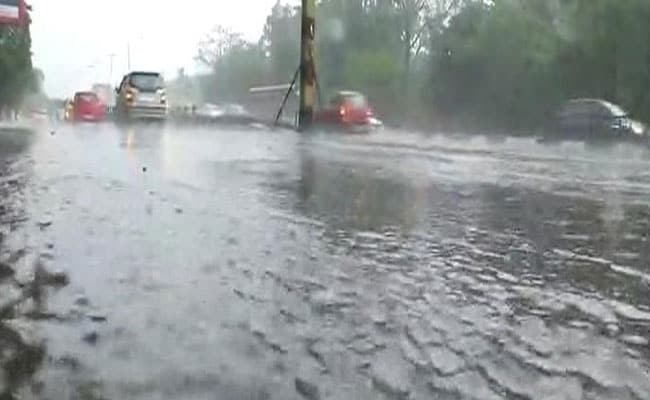 Delhi Weather: The spell of rain comes as a relief after a week that saw soaring temperatures in Delhi.

New Delhi: Delhi residents started their Monday morning on a pleasant note with light drizzles, thunderstorm and overcast skies. Forecasters have predicted that the day will see more rains with thunderstorm. Traffic jams have been reported from several parts of the capital. Morning peak hour traffic has been hit in several parts due to waterlogging.

On Friday evening, a sudden dust storm and rain hit Delhi leading to sevelay flight diversions and delays. 24 incoming flights were diverted out of Delhi on Friday.

Traffic is heavy near RTR T-Point and Munirka due to water logging . Kindly avoid the stretch.

Temperatures in Delhi are expected to hover around 33 to 36.6 degrees. No heatwave conditions are expected in the country, the Met department said.

Weather forecasters, however had warned that this summer, the average temperatures in most parts of India are expected to be "above normal" between April and June.

Promoted
Listen to the latest songs, only on JioSaavn.com
Western disturbance plus a trough is the reason behind this thunderstorm.

The spell of rain comes as a relief after a week that saw soaring temperatures. Early last week, both the maximum and minimum temperatures in the Delhi-NCR region were above the normal average.