After Happiness, Delhi Schools To Get A Dash Of Patriotism In Curriculum

Chief Minister Arvind Kerjiwal said his government wants to make sure that children become "good human beings" who are faithful to their family and nation after completing their education. 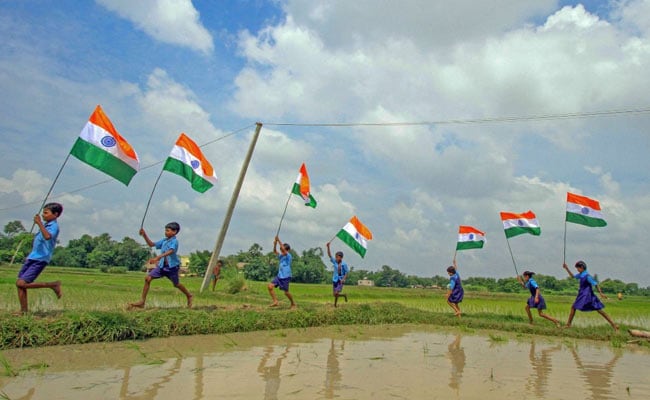 The Delhi government says the Patriotism Classes will instil love for the country in students.

From next year, students enrolled in Delhi schools will benefit from a "Patriotism Course" envisioned by the Arvind Kejriwal-led Delhi government to ensure that they grow up to become "responsible citizens who are proud of their country".

"A Deshbhakti Course will be introduced in city schools from next year. Chief Minister Arvind Kejriwal today announced that through this measure, children will be encouraged to be proud of their country, take steps to resolve its problems, and make sacrifices for the national cause if the need should arise," Deputy Chief Minister Manish Sisodia tweeted a day before the country observes its 73rd Independence Day on Thursday.

Chief Minister Arvind Kejriwal had made an announcement in this regard during an event organised by the Directorate of Education at Delhi's Thyagaraj Stadium earlier today, saying that his government wants to make sure that children become "good human beings" who are faithful to their family and nation after completing their education.

He went on to retweet a post by AAP Express, a political group dedicated to sharing news on the ruling Aam Aadmi Party, listing out all the changes made by the Arvind Kejriwal government over the last few years: "Gandhiji had said there are three purposes of education: 1. Creating good human beings (through Happiness Classes), 2. Enabling people to earn a living (Entrepreneurship Mindset Curriculum) and 3. Building patriotic citizens -- @ Arvind Kejriwal announces #DeshbhaktiCurriculum."

Yes. We will do that. We need inputs from everyone on what kind of course shud it be. https://t.co/RWbhPn7iD1

The Chief Minister also sought inputs from the people on what kind of course it should be. "Yesterday evening, the Education Minister and I had an hour-and-a-half-long meeting, and we have decided that the time has come to take concrete steps towards building a class of patriotic citizens," he said.

The Delhi government's announcement comes months after AAP failed to win even a single constituency in the Lok Sabha elections. With the state assembly elections just months away, the party seems to have redrawn some of its political strategies. Earlier this month, it had even supported the BJP-led centre in its decision to scrap the special status accorded to Jammu and Kashmir and bifurcate it into two separate union territories.

The Happiness Classes introduced by the Delhi government last July aimed at helping students battle academic stress and "change their attitude towards studies". They comprise low-intensity exercises, indoor games, question and answer sessions, group discussions and situation-based roleplay and skits, among other activities. The AAP government says that the Happiness Classes have been well received by students as well as their parents.

The Entrepreneurship Mindset Curriculum, on the other hand, aims to equip students for the challenge of earning a livelihood after they graduate from school. It was introduced last month.