Delhi robbery case: The two men, who came on a two-wheeler, opened fire after they were stopped by the police over the alleged theft that occurred Wednesday. 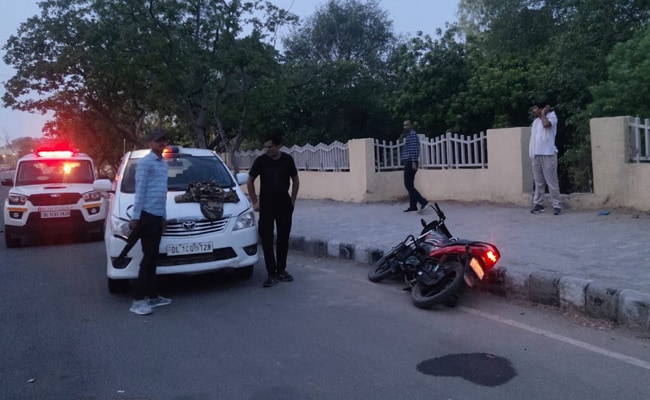 Delhi robbery case: The two men arrested have been identified as Mukul and Ankit.

Two men were arrested as they walked into a trap set up by police in Delhi's Uttam Nagar area on Sunday after a robbery was caught on camera.

The two men, who came on a two-wheeler, opened fire after they were stopped by the police over the alleged theft that occurred Wednesday.

The two men have been identified as Mukul and Ankit.

They were among four people who had allegedly held a family hostage and escaped with cash and gold ornaments worth lakhs from the house of Vinod, a property dealer, on July 7.

The robbery was recorded on the CCTV camera installed in the house. The accused had entered the house posing as electricity workers. They left with jewellery worth Rs 8 lakh and Rs 5 lakh cash from the locker.

"At 2 pm, about four people entered the house. They called themselves electricity workers. As soon as they entered the house, they took the entire family hostage. They were carrying weapons. They were inside the house for half an hour," news agency ANI quoted complainant Vinod as saying.

He said, at the time of the incident, his wife, mother-in-law and two children were present inside the house.

A search is on for the two other accused in the incident.