Delhi Riots 2020: While granting bail to Pinjra Tod member Natasha Narwal, a Delhi court said a video given by the prosecution shows Ms Narwal participating in "unlawful assembly", but did not show anything to suggest that she incited violence 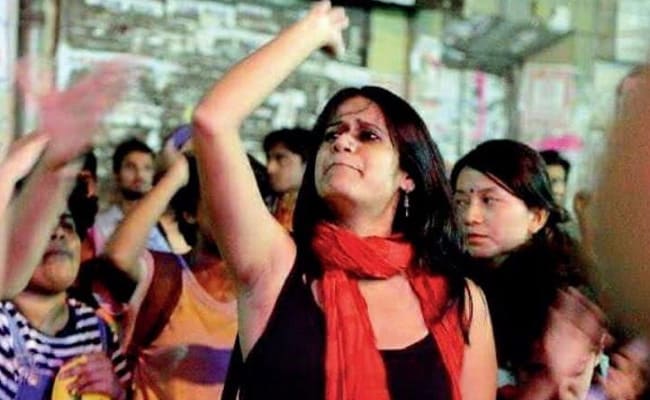 Activist group Pinjra Tod's member Natasha Narwal has been granted bail in a case linked to the riots in north-east Delhi neighbourhoods this February. Ms Narwal will, however, stay in Delhi's Tihar Jail as she also faces charges under the stringent Unlawful Activities Prevention Act or UAPA in another case linked to the riots that left over 50 dead and hundreds injured, after clashes broke out amid the protests over the Citizenship (Amendment) Act and the National Register of Citizens.

While granting bail to Jawaharlal Nehru University student Ms Narwal, a Delhi court said a video given by the prosecution shows Ms Narwal participating in "unlawful assembly", but did not show anything to suggest that she incited violence.

"...The said videos show her being a part of unlawful assembly, but do not show the accused indulging or inciting violence," the court said in the bail order.

"Prosecution cannot say that till witnesses are examined, accused cannot be released on bail. There is no specific allegation of threat to witnesses, who are, in any case, protected and their identity concealed," the court said, referring to the witnesses who are either police officers or protected people.

The court said Ms Narwal did not pose a flight risk. The bail was granted on a personal bond of Rs 30,000 and a surety of the same amount.

Ms Narwal and another member of Pinjra Tod, Devangana Kalita, were arrested in May this year and charged for alleged rioting and unlawful assembly, among others.

Pinjra Tod (Break the Cage) was founded in 2015 with an aim to make hostels and paying guest accommodations less restrictive for women students.

Fifteen people, all linked to the protests against the centre's controversial new citizenship law and none from the campaign in its favour, have been named by the police in a vast chargesheet.

The 17,500-page filing in two steel trunks included more than 2,600 pages detailing the charges against the accused and thousands of pages of annexures.

Among those named are suspended Aam Aadmi Party councillor Tahir Hussain and a number of student activists. The police also said that their investigation in the case is ongoing and it expects to file a supplementary chargesheet against the accused who have not been named so far.