Delhi Police is "clearly at fault", senior AAP leader Atishi Marlena said, questioning why the minor girl was at the Tilak Vihar police post at 1.30 in the night. 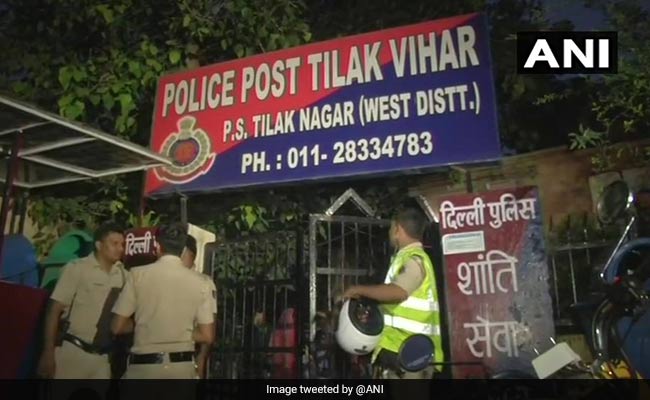 Police said a magisterial inquiry is under way. (File)

The ruling Aam Aadmi Party said on Monday the alleged suicide of a 17-year-old girl at a police post in West Delhi was a "custodial death" and urged Home Minister Rajnath Singh to fix responsibility of Delhi Police officials on duty there.

Delhi Police is "clearly at fault", senior AAP leader Atishi Marlena said, questioning why the minor girl was at the Tilak Vihar police post at 1.30 in the night. "Purely a custodial death and Delhi Police and LG must own responsibility for it," she said at a press conference.

The girl's mother was also present at the press conference.

Police said the girl committed suicide as she was afraid of her family members, who were against her friendship with a 21-year-old man. She had reached the police post around 2.30 AM on July 15, where both families were present, they said.

There is disparity in the police version and the AAP claim about the time the girl reached the police post.

The girl told police that she did not want to be with her family as she was afraid.

While police officials were planning to send her to a 'nari niketan', a relative of her male friend came there and alleged that he was beaten by the girl's family.

Around 30 people were present there, according to police.

While officials tried to pacify them, the girl locked herself inside the police post and hanged herself using her 'chunni'.

But the AAP legislator from Tilak Nagar, Jarnail Singh, claimed the girl and her brother were locked in separate rooms by police due to which she got "scared" and hanged herself.

"Brother of the girl was threatened by the other party at the police post. She protested it after which police locked her up and her brother in separate rooms. Scared and anguished, she hanged herself," he said.

Mr Singh said, "it is a complete failure and negligence of police. Home Minister Rajnath Singh need to fix responsibility in the incident."

Delhi AAP women's wing president Richa Pandey regretted that no concrete action has been taken against the police post in-charge.

Police said a magisterial inquiry is under way and action will be taken after the report is submitted.