Manish Sisodia said that AAP is set to win the election to the Municipal Corporation of Delhi under the leadership of Chief Minister Arvind Kejriwal. 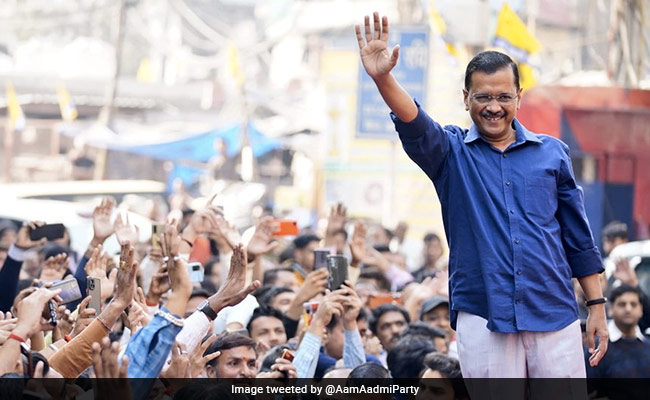 Mr Sisodia, also Delhi's Deputy Chief Minister, said that AAP is set to win the election to the Municipal Corporation of Delhi under the leadership of Chief Minister Arvind Kejriwal.

"If a BJP councillor is elected to any seat, he will only abuse Kejriwal and stop work in the area. So, the whole of Delhi needs 'Kejriwal ki sarkar, Kejriwal ka parshad (Kejriwal's government, Kejriwal's councillor)'," Mr Sisodia tweeted.

The campaign clearly is the AAP's counter to the BJP's poll plank of a "double-engine" government, through which the party claims that the same dispensation at the centre and the state would speed up development.

Announcing the launch of the campaign at a press meet, Mr Sisodia said that while the AAP is confident of sweeping the civic polls, the BJP may win "about 20 seats". "Such a situation should not arise that there is a Kejriwal government in the municipal corporation, and there is one BJP councillor in a ward, and he just keeps fighting," he said.

"Kejriwal ji will work, he will ensure cleanliness, he will build roads, he will maintain parks, he will keep stray animals in check. And the BJP councillor will just keep fighting. We are launching this campaign as a warning to people against the BJP," he said, stressing that residents of every ward must ensure that it elects an AAP councillor.

Stakes are high for the MCD election this time after three municipal bodies were reunited in May through a central legislation.

Maintenance of roads, waterlogging and garbage management are key issues in this year's civic polls in the national capital. So is the severe air pollution at the start of winter that leaves residents gasping for breath.

The BJP too has launched an extensive campaign with roadshows and star leaders. The party has accused the AAP government of corruption and said the people of Delhi feel "betrayed" by the Arvind Kejriwal government.