Delhi Likely To Receive Another Round Of Pre-Monsoon Showers Today

The pre-monsoon showers have given Delhi residents another reason to rejoice by bringing down pollution levels. 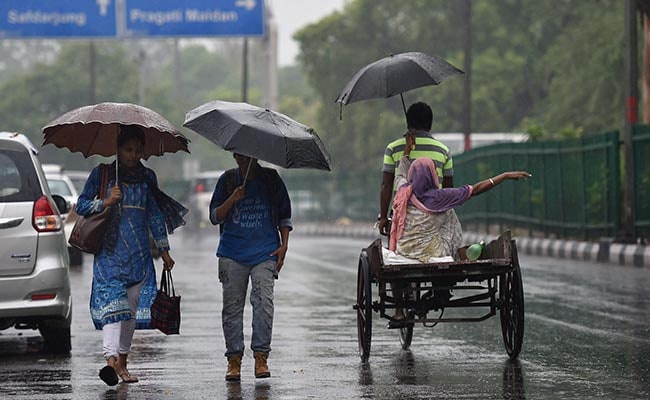 Pre-monsoon showers hit the national capital 17 days ahead of the predicted date. (File)

With the monsoons hitting Delhi on June 29, over 17 days ahead of the predicted date, the national capital is set to receive another round of rainfall today. The weather department has predicted cloudy skies throughout the day with light showers around afternoon. It also forecast similar weather conditions in parts of Uttar Pradesh.

"The sky will remain cloudy throughout the day with chances of light rain or drizzling in the city. The minimum temperature recorded at 8.30 am was 29 degrees Celsius, a notch above normal, while the humidity level shot up to 72 percent," an India Meteorological Department (IMD) official said.

Besides bringing the temperature down, the pre-monsoon showers has given Delhi residents another reason to rejoice by reducing pollution levels. IMD officials had earlier said monsoon clouds would weaken from July 4 onwards, leading to a dry spell afterwards. They also said good easterly rains had advanced the monsoon rapidly.

Yesterday, the minimum and maximum temperatures were 27.9 degrees Celsius and 35.6 degree Celsius, respectively. Though weather department officials have tagged the showers that hit the city on Thursday as pre-monsoon rains, the city has only witnessed sporadic rains so far.

The India Meteorological department has predicted heavy to very heavy showers in the eastern parts of the country.