Earlier in the month, the city government had directed all schools here to discourage parents from hiring private vans to ferry their wards. 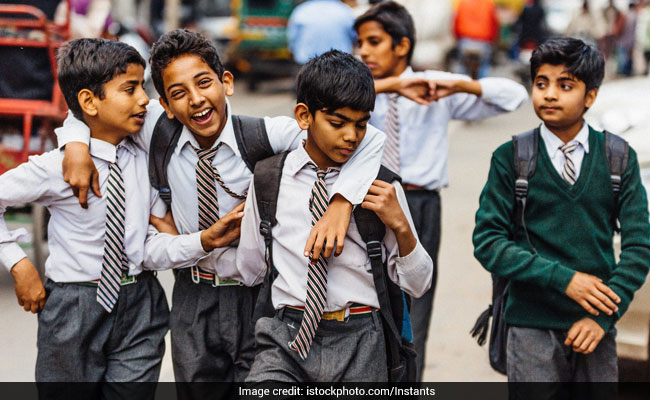 The schools have been asked to maintain a register about children coming by private vans.

The Delhi government has issued fresh guidelines to schools for ensuring students' safety, with a special focus on the security of the pupils travelling to schools by private vans.

Earlier in the month, the city government had directed all schools here to discourage parents from hiring private vans to ferry their wards, claiming that most of such vehicles operate illegally and pose a threat to safety of children.

"Female teaching or non-teaching staff should be deployed in every vehicle ferrying girl students. In case of private vehicles hired by the parents, the cab drivers' character and antecedent verifications should be provided to the school by the parents," the guidelines issued by the Directorate of Education (DoE) said.

"There should be active participation of School Management Committees (SMCs) to persuade parents to use only legal means of transport for their school-going children and follow adequate safeguards for  ferrying school students. There must be no use of illegal or over loaded vehicle for transportation of school-going children," the guidelines read.

The schools have been mandated to take prior written permission from parents or guardians if the students are going for any excursion, tour or trip.

"Accompanying teachers must have contact number of the parents of all the students in case they are going outside the city from their schools. There must be at least one teacher for every 20 students for outside visits. The vehicle carrying girl students must have the requisite number of female staff as per the strength of the students," the guidelines further said.

The Delhi government had last year issued school safety guidelines developed by a high-level committee comprising the DoE, transport department and police officials, school principals and other stakeholders. The committee which was formed to put forward guidelines to ensure safety of students in schools as well as during their transportation to and fro schools.

The committee was formed in the wake of the murder of a seven-year-old boy in a Gurgaon school, and alleged rape of a five-year-old in a school in Shahdara.