Several Flights Delayed At Delhi Airport Due To Dense Fog

Dense fog was reported over Delhi's Palam airport reducing the visibility to just 50 meters between 06:30 and 08:00 hours today morning. 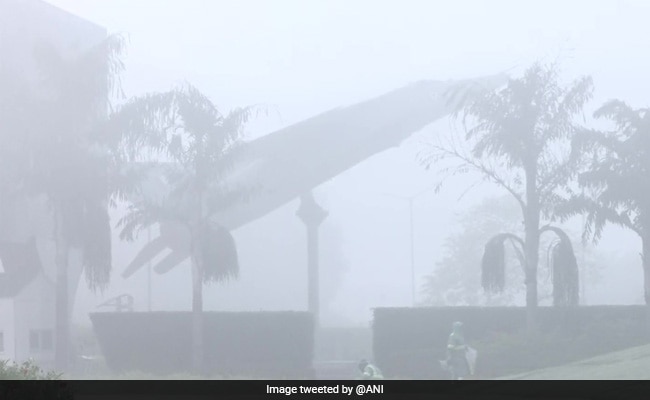 Several flights to and from Delhi airport were delayed as a thick blanket of fog hovered over the national capital leading to poor visibility but there was no cancellation or diversion reported, a senior Delhi airport official said on Tuesday.

The official said that several flights got delayed by 5-15 minutes due to dense fog. Passengers are requested to contact the airline concerned for updated flight information, any inconvenience is regretted.

Dense fog was reported over Palam airport reducing the visibility to just 50 meters between 06:30 and 08:00 hours in the morning.

Delhi airport took to Twitter to inform passengers about the flight operations: "Low Visibility Procedures are in progress at Delhi Airport. All flight operations are presently normal. Passengers are requested to contact the airline concerned for updated flight information."

He added that they are updating information related to flight operations on social media handles of Delhi airport for passengers.

Delhi's Private Offices Ordered To Close, Work From Home Only