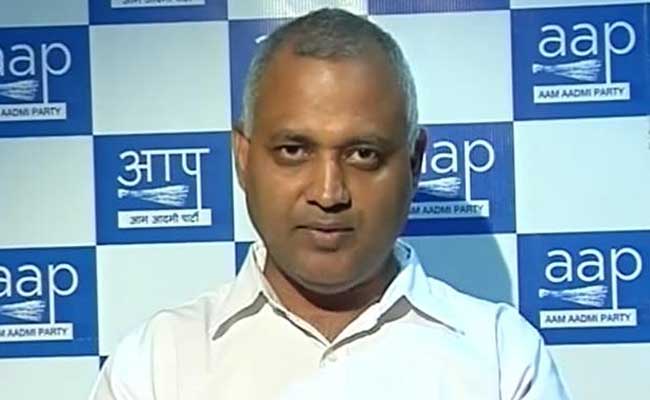 Somnath Bharti has denied all allegations against him (File photo)

A Delhi court Wednesday ordered framing of charges against former Delhi Law Minister Somnath Bharti for allegedly leading a mob that assaulted an African woman in Delhi in 2014.

The court ordered putting Mr Bharti on trial after finding enough prima facie material against him for allegedly assaulting Mukoko Misa Tresar, a citizen of Democratic Republic of Kongo, who was then studying at Amity University, Noida.

According to the police, on September 26, 2014 Ms Tresar was assaulted by a mob led by the accused.

"Let a notice...be framed against the accused Somnath Bharti for causing simple hurt to complainant Mukoko Misa Tresar in prosecution of the common object of that assembly of which he was part of and leading, for rioting and for abetment by instigation," the court said.

The court also said that since there was lack of requisite sanction from the concerned authorities, the cognizance of offence under section 153 (A) (promoting enmity between different groups on ground of religion, race, place of birth, residence, language, etc.) of IPC was not taken.

Advocate Vijay Agarwal, appearing for the accused, denied all the allegations made against him.