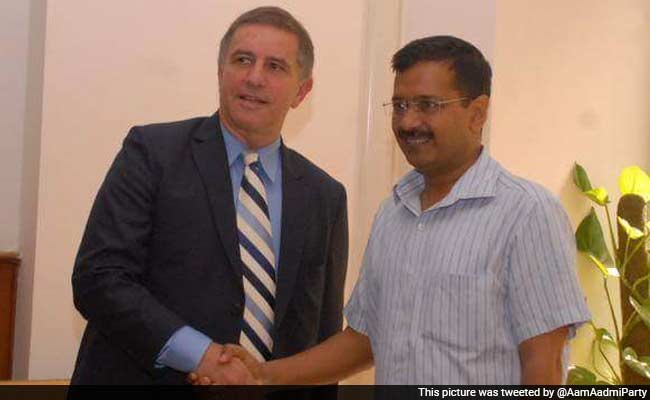 The Chief Minister also said that the Delhi government was looking at technology being used across the globe to solve these issues.

According to a senior official, Mr Carmon replied to the Chief Minister and said, "We have good mastery on the issue of water management. Rain water is very scarce in Israel, so we have devised ways to handle the problem. You can come and see how Israel addresses the issue of water."

The visiting Ambassador also invited the Delhi Government to participate in the water technology and environment control exhibition & conference (WATEC) to be held in Tel Aviv in the month of October.

The Chief Minister replied in an affirmative to the invitation and said that someone will be sent to the conference to look out for issues of water treatment and other water related issues.

Mr Kejriwal also explained the Delhi Dialogue Commission (DDC) to the Ambassador and the role of DDC in Delhi's way forward.

Issues of co-operation in the fields of water, education, socio-economic problems and health were also discussed during the meeting.

Promoted
Listen to the latest songs, only on JioSaavn.com
The Chief Minister and the Ambassador decided to share more on the issues and have a meaningful dialogue further.