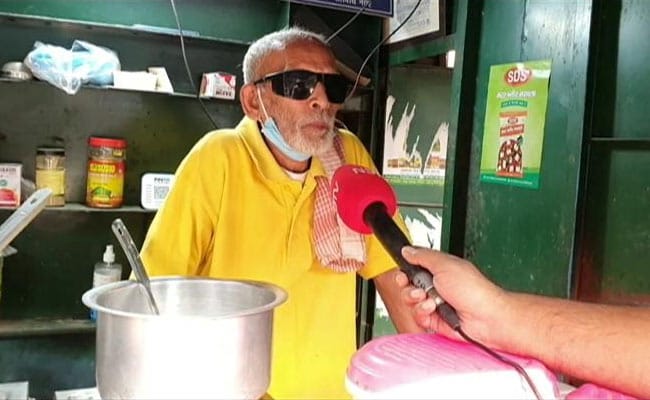 A police case has been filed against a Delhi-based YouTube blogger for allegedly withdrawing money donated by people for the owner of "Baba Ka Dhaba", whose ordeal amid the coronavirus lockdown was shared widely on social media, leading to donations from well-wishers.

YouTube blogger Gaurav Wasan had shot a video of Kanta Prasad, 80, owner of the dhaba in south Delhi's Malviya Nagar, tearfully recounting his desperation in the months since the lockdown was enforced in late March.

The police case was filed on Friday against Mr Wasan after a complaint by Mr Prasad on October 31, nearly a month after the video was shared widely on social media.

In the complaint, Mr Prasad alleged Mr Wasan "intentionally and deliberately shared only his and his family/friends' bank details and mobile numbers with the donors and collected a huge amount of donation... without providing any information to the complainant".

Mr Wasan has denied the allegations.

"After we received a complaint, preliminary enquiry was done and an FIR was registered under section 420 (cheating and dishonestly inducing delivery of property) of Indian Penal Code and an investigation has been initiated," Deputy Commissioner of Police (South) Atul Kumar Thakur said, news agency PTI reported.

Earlier in the day, Mr Prasad said he was hurt over being called "greedy" by some people on social media after he filed a complaint against Mr Wasan and challenged the YouTube blogger to disclose his bank details.

Mr Prasad, accompanied by his lawyer Prem Joshi and blogger Tushant, alleged Mr Wasan gave him a cheque of 2.33 lakh on October 26 after the YouTube blogger was trolled for not handing over the money raised to Mr Prasad.

Mr Joshi said in the initial videos shared by Mr Wasan, he had claimed that Mr Prasad did not have a bank account or a mobile phone, but that was a "lie".

Mr Joshi said on October 26, when Mr Wasan gave the cheque to Mr Prasad, he made him sign a paper claiming that all dues had been settled. However, later he again gave Rs 1.45 lakh to Mr Prasad.

Mr Wasan said he has submitted to the police his bank account statements till November 2 and maintained that he gave all the amount received as donation for Mr Prasad to him.