A car caught fire near east Delhi's Akshardham flyover on Wednesday. The driver is safe. 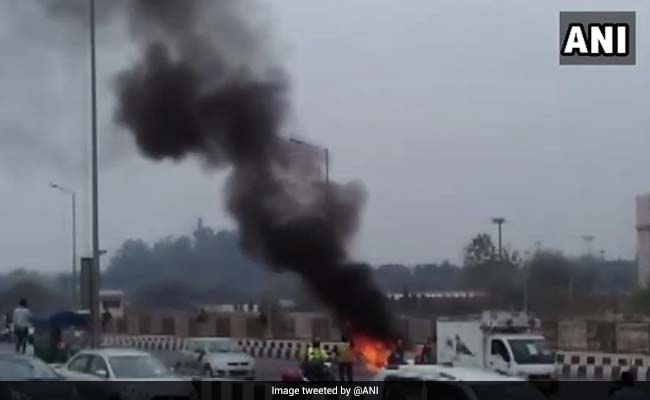 Thick black smoke could be seen in the visuals of the burning car.

Thick black smoke could be seen in the visuals of the burning car.

This comes days after a 35-year-old woman Ranjana Mishra and two of her daughters Ridhi and Nikki were burnt to death after the car they were travelling in burst into flames at the same flyover. The woman's husband was on wheels saved himself and her other minor daughter.

Delhi Assembly To Be Illuminated For 75th Independence Day