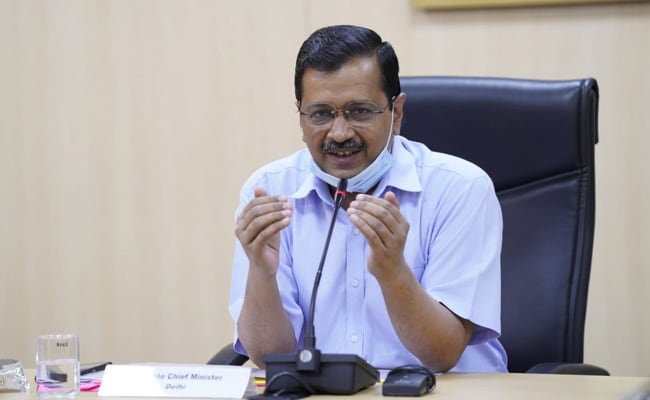 The Delhi Cabinet Wednesday approved the doorstep delivery of a ration scheme to be rolled out without any name after objections by the Centre of its naming as Mukhyamantri Ghar Ghar Ration Yojana.

"The original name of the scheme, Mukhyamantri Ghar Ghar Ration Yojana, which was expected to be rolled out on March 25, will not have any name due to the obstruction by the Centre. Under the new scheme, wheat flour atta, rice, and sugar will be delivered to homes in packed bags," an official statement by the Delhi government said.

Following the objections raised by Centre, Chief Minister Arvind Kejriwal had announced on Saturday, "This scheme will have no name. The central government sends the ration which gets distributed through the ration shops and now we will send the ration to the homes of the individuals. We do not want any kind of credit for this scheme and that is why the name of the scheme will be removed."

"No mention of Mukhyamantri will be there. We have called a cabinet meeting in the coming week where this idea will be passed. This will not be any new scheme and this will not have any name. After the cabinet nod, we will send the decision to the central government and I am very hopeful that this time they will approve our decision," he had said.