Delhi Breathed More Polluted Air In November This Year Than 2019

The city also recorded nine "severe" air days this November, the maximum number in the month in four years. 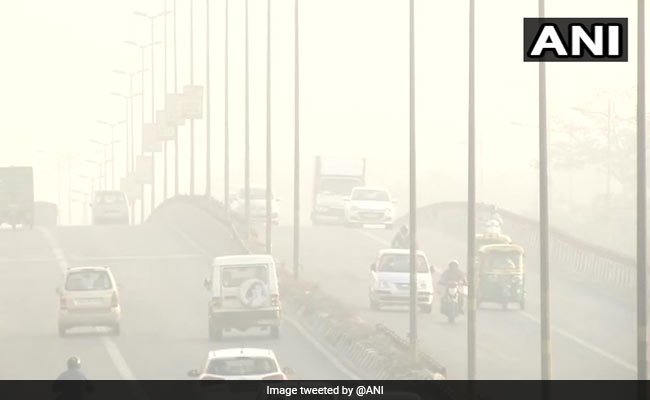 The national capital witnessed more polluted November this year than in 2019, largely due to lesser precipitation and large-scale stubble burning.

The city also recorded nine "severe" air days this November, the maximum number in the month in four years.

The 30-day average AQI in November stood at 328, in the very poor category, while it was 312 in the month last year, according to Central Pollution Control Board data.

The air quality remained "severe" on nine days this November, while there were seven such days in the month last year.

Pollutions levels breached the emergency threshold twice this month as a grey apocalyptic smog enveloped Delhi for days, blotting out the sun from the sky and smudging landmarks from view.

According to the Graded Response Action Plan (GRAP), the air quality is considered in the "severe plus" or "emergency" category if PM2.5 and PM10 levels persist above 300 µg/m3 and 500 µg/m3 for more than 48 hours.

Pollution levels on Diwali this year and the day after were the maximum in the last four years despite the city government and the National Green Tribunal banning the sale and use of all kinds of firecrackers till November 30.

Kuldeep Srivastava, the head of the regional forecasting centre of the India Meteorological Department said, the air was fouler this November as there was lesser precipitation as compared to last year.

"The monsoon withdrew around October 10 last year, while the wind system receded early this year, around September 23-24," he said.

Mr Srivastava said Delhi received rains only on one day this November. The number of rainy days was two and three in 2019 and 2018, respectively.

The other major reason was large-scale stubble burning, he said.Farmers started burning crop residue early due to early harvesting this year. Also, the farm fires raged for a longer duration.

Punjab alone recorded 76,590 cases of stubble burning this season, the highest in the last four years. The number was 55,210 last year.

An official from Indian Agricultural Research Institute (IARI) said the incidents of stubble burning hit the peak between November 4 and November 7.

According to the Ministry of Earth Sciences' air quality monitor, SAFAR, the share of stubble burning in Delhi-NCR's pollution peaked to 42 per cent on November 5, when 4,135 farm fires were recorded in the region.

"It was a bumper harvest this year, so the amount of crop residue was also large. Also, it was a cloud-free season this year as compared to last year. The biomass was drier and prone to burning," the IARI official said.