Manoj Tiwari's claims go against the police's own internal investigation that says Jamia shooter was from Jewar in Uttar Pradesh. 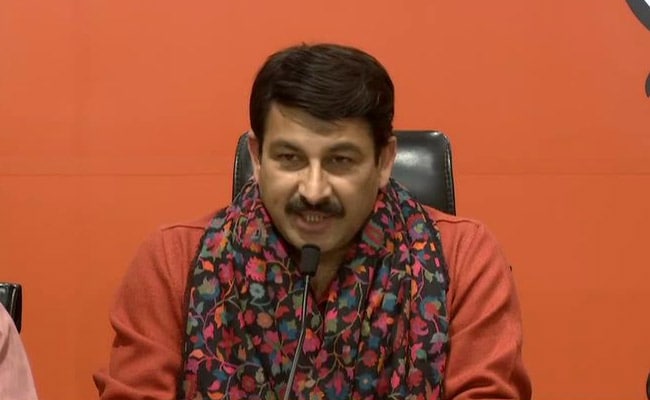 Manoj Tiwari is the chief of the Delhi unit of the BJP.

Barely 24 hours after a teenager shot at people protesting the citizenship law near Jamia Millia University in Delhi, a bizarre claim seems to have come from Manoj Tiwari, the chief of the Delhi unit of the BJP.

"I have a feeling that the shooter was either a supporter of the Aam Aadmi Party (AAP) or was from Shaheen Bagh itself. These people are not being able to sustain their own protest. That is why, now, they're coming up with these claims," Mr Tiwari, an MP from North East Delhi, told NDTV on the first day of the budget session of parliament.

Mr Tiwari's claims go against the police's own internal investigation that says the 17-year-old boy with the gun was from Jewar in Uttar Pradesh.

A cursory glance at the teenager's Facebook profile shows that he could be a supporter of the BJP. The profile picture shows the minor boy wearing a BJP's scarf.

His profile page too shows pictures of a radical, right-wing man whom he admired and followed.

On being confronted with these questions, Mr Tiwari said, "Anyone can claim to be associated with the Bharatiya Janata Party (BJP). I am pretty confident he was one among the anti- Citizenship (Amendment) Act protesters."

The BJP has been facing allegations of its leaders indulging in hate speech during campaigning for the February 8 Delhi election. Two of its leaders were handed over a ban by the Election Commission.

BJP MP Parvesh Verma, who said that the anti-CAA protesters of Delhi's Shaheen Bagh are going to enter homes and rape women, was banned from election campaigning for four days.

Union Minister Anurag Thakur has been banned from campaigning for 72 hours after he was caught on camera encouraging the slogan "Desh Ke Gaddaro Ko, Goli Maaro S****n Ko (Shoot the traitors)" at a rally.

Hitting out at the BJP, Congress MP Shashi Tharoor said, "This is a naked experiment in hate by the BJP."

Delhi goes to polls on February 8. The results will be announced three days later, on February 11.