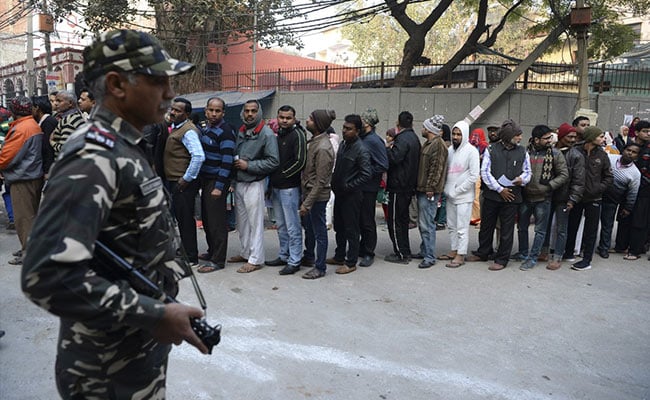 The voting pattern of Delhi in the last few elections has declined.

With 672 candidates in the fray for the 70-member Delhi Assembly, long queues of people were seen outside polling booths since morning on Saturday.

There are around 1.47 crore voters in Delhi, of which around 66 lakh are women. All eyes are on Shaheen Bagh, the centre of protests against the Citizenship Amendment Act (CAA), which comes under the Okhla Assembly constituency, and has five polling booths.

The political parties have estimated that there are around 30 lakh voters in almost 1,800 unathorised colonies in about 40 Assembly seats. The parties also claim that the voters of almost 30 such colonies play a decisive role in the results. This is the reason the AAP and the BJP have made important announcements regarding the unauthorised colonies.

Though the voting pattern of Delhi in the last few elections has declined. In 2013 polls, the voting percentage was recorded at 67.5 per cent whereas in the 2014 Lok Sabha polls it was 65.1 per cent.