Manoj Tiwari said a ban on construction activities would significantly help contain pollution in the city and cleaning of roads should also be done on an urgent basis. 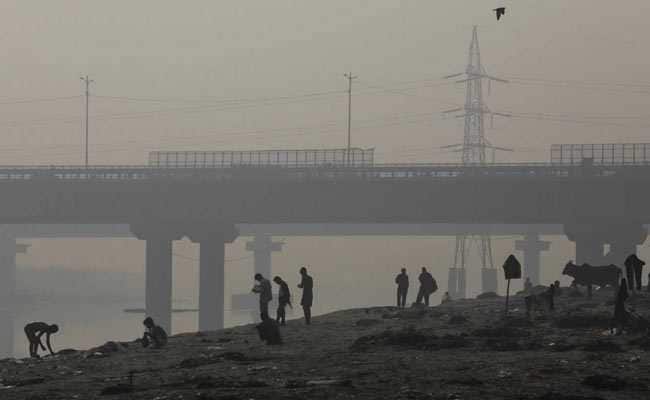 Delhi's air was in the "very poor" category with an overall Air Quality Index (AQI) of 348 today.

Delhi BJP president Manoj Tiwari today asked the party-ruled municipal corporations to step in to tackle the rising air pollution in the city as the AAP government has "failed" to take effective measures.

In his letter to mayors and commissioners of the South, North and the East Delhi Municipal Corporations, which are ruled by the Bharatiya Janata Party, Mr Tiwari requested them to ban all construction activities in Delhi with immediate effect.

Delhi's air continued to remain in the "very poor" category with an overall Air Quality Index (AQI) of 348 today.

It is very unfortunate that the Delhi government only remains a "mute spectator" to this "serious health hazard" Delhi is facing, he alleged, adding that in the last four years, the AAP government has "failed" to take any effective measure to curb air pollution.

"Being administrative heads of Delhi's premier civic bodies, it is imperative upon you to step in to tackle air pollution.

"In view of the worsening situation, which is likely to aggravate after Diwali, I request you to ban all construction activities in the national capital with immediate effect," he said in the letter.

The Delhi BJP chief said a ban on construction activities would significantly help contain pollution in the city and cleaning of roads should also be done on an urgent basis.

Earlier in the day, Chief Minister Arvind Kejriwal blamed the Centre and the governments of Haryana and Punjab for the severe air pollution in Delhi, alleging that they were not ready to do anything despite the all-out efforts by the Aam Aadmi Party government.

"The pollution was in control in Delhi throughout the year, but this time (winters) every year, Delhi has to face severe pollution condition due to the Centre, the BJP-led Haryana and the Congress-led Punjab governments.

"Despite our all-out efforts, they are not ready to do anything. Farmers of these two states are also fed up with their governments," CM Kejriwal tweeted in Hindi.