Arvind Kejriwal also write to his counterparts in Haryana and Punjab, along with the Ministry of Environment, to take greater steps to curb crop burning. 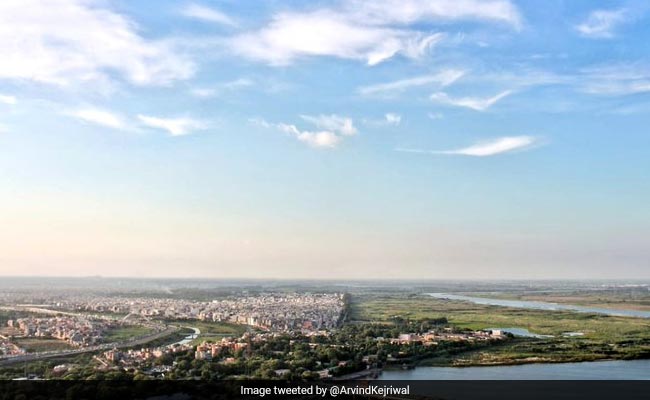 Arvind Kejriwal tweeted photos from top of the Signature Bridge in Delhi.

Delhi Chief Minister Arvind Kejriwal on Thursday tweeted pictures of "clear, blue skies", exalting one of those rare times when India's capital city appeared to not be struggling for breath.

Air pollution appeared to be on top of the day's agenda at the Delhi secretariat with the Chief Minister also writing to his counterparts in Haryana and Punjab, along with the Ministry of Environment, to take greater steps to curb crop burning and other causes of pollution.

I have written letters to CMs of Har/Pun n Union Min of Env seeking urgent steps to deal wid crop burning. I know they are making efforts. But much more needs to be done to stop pollution

Meanwhile, at our level, we r taking steps to reduce pollution caused by local factors

He then tweeted pictures taken from top of Delhi's new Signature Bridge along with an appeal.

These are pictures of our beautiful Delhi taken today, from the top of the Signature Bridge

It has been many years since I have seen such clear, blue skies. We have to work together to keep Delhi's air clean. pic.twitter.com/IwfsH5Gvq3

India's capital city struggles each year, especially in the winter months, with its air quality that reaches health crisis levels. Several studies have shown Delhi to be the world's most polluted capital city, plagued by vehicle and industrial emissions, dust from building sites, and smoke from the burning of rubbish and crop residue in nearby fields.

Earlier this month, Mr Kejriwal announced the Delhi government will enforce strict restrictions on use of private cars - known as the "odd-even scheme" - from November 4-15 to curb pollution. Private vehicles with odd and even registration numbers will be allowed to use roads on alternate days during the period.

The city also aims to introduce 1,000 electric buses, Mr Kejriwal said then, as well as policies to promote other electric vehicles.

"Pollution levels have come down in Delhi recently, and we're determined and committed to bring them down further and that's why we've decided to introduce these steps," Mr Kejriwal said.