The family of five was buried under the debris when the roof of the one room house collapsed. 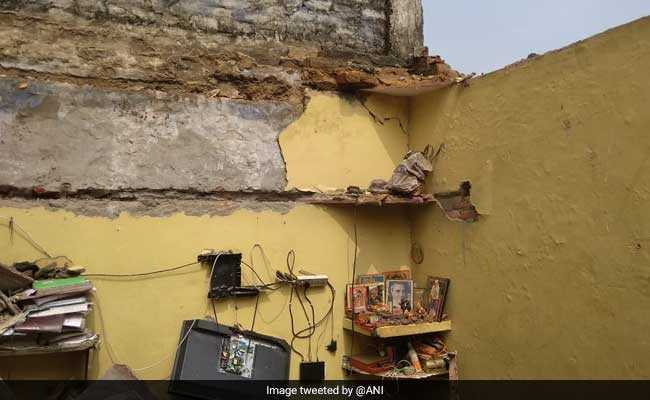 The roof of the house collapsed this morning.

The roof of a house in Delhi's Dwarka area that had weakened over time with seepage collapsed in the early hours of the morning, killing a couple and injuring their three children, police said.

The roof collapse, which took the life of Sunil and his wife Rachna, both 40 years old, left Vaibhav (19), Gulshan, (16) and Gungun, (nine) orphaned, officials said.

The family of five was buried under the debris when the roof of the one room house in Hari Vihar area of Dwarka gave way around 1 am.

The family was immediately rushed to a nearby hospital where Sunil and Rachna were declared brought dead. The three children have been admitted to hospital.

Vaibhav, the eldest of the siblings, told police that the house was owned by his father and he was born there. Due to leakage of water, the iron rods which held the weight of the roof had become weak. A layer of bricks was placed on the roof to stop the seepage.

However, the iron rods had weakened and could no longer take the load of the roof, leading to the collapse, an official said.

The bodies of the husband and wife have been sent for a post-mortem.