Daily Covid Deaths In Delhi Stood In Range Of 30-40 In Last 5 Days: Data

The number of tests conducted every day have seen record numbers, ranging between 60,000 and over 62,000. 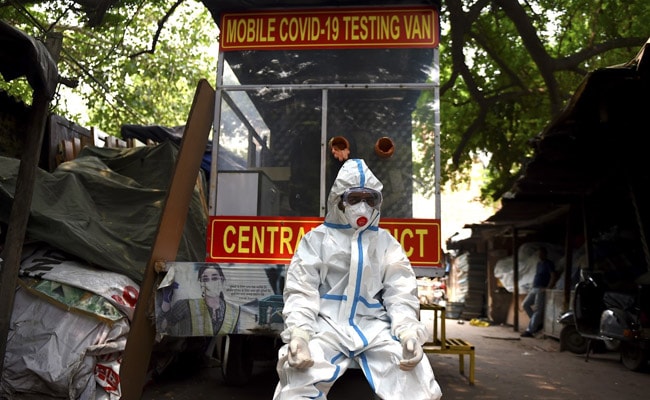 The number of deaths from COVID-19 recorded daily in the national capital has hovered in the range of 30-40 from September 15-19, during which daily fresh cases were reported in excess of 4,000 on all five days, according to official data.

In this five-day period, however, the number of tests conducted every day have seen record numbers, ranging between 60,000 and over 62,000.

COVID-19 cases have shown a surge since the beginning of this month with September 16 recording 4,473 cases, the highest single-day spike here till date. On that day, 33 fatalities were recorded, taking the total number of deaths to 4839, according to official figures shared by the Delhi health department.

Delhi recorded 4,071 fresh COVID-19 cases on Saturday, as the tally in the city mounted to over 2.42 lakh, while the total number of deaths climbed to 4,945.

According to the Saturday heath department bulletin, the positivity rate stood at 6.57 per cent and the death rate stood at 0.74 per cent based on data of the last 10 days.

The recovery rate was over 84 per cent, while the overall case fatality rate stood at 2.04 per cent, according to the bulletin.

"It is good that death rate is less than 1 per cent lately, it used to above 3.5-4 per cent for a month earlier," Delhi Health Minister Satyendar Jain said on Friday.

Cases of COVID-19 in the city will show a rise in the next ten days, as testing capacity has been quadrupled, Jain had said, while asserting that the plan was to contain the spread of infection in the long-run through effective isolation.

"The situation as of now is fine," Mr Jain claimed.

From September 8 onwards, testing capacity has been significantly ramped up by the Delhi government with a record 62,669 tests conducted on September 15, the highest number in Delhi till date.

The number of active cases have also risen in this period, only falling marginally on September 19, compared to the figures the previous day.

The daily cases in Delhi had breached the 4000-mark for the first time on September 9 when death count recorded that day was 20, and the cumulative fatality being 4,638 and the total number of cases had crossed the 2 lakh-mark.

Since September 9, fresh cases have been recorded in excess of 4,000 per day except on September 14 when the figure stood at 3,229 with 26 deaths being recorded that day, taking the toll to 4,770, according to official data.

People aged 60 and above are more vulnerable to the deadly novel coronavirus that has wrecked havoc globally, including in China, Italy, the US, Brazil and India.

Government officials and experts have been cautioning to people to wear masks, observe social distancing and venture out only when urgently required to help contain the spread of the infection.

They have also warned that though the economy has been slowly reopened, "it is still a health emergency", and while young people may be able to survive the infection, they may transmit it to the elderly at home or outside, who are very vulnerable to it, especially people with co-morbidities such as diabetes, cancer and other ailments.