Coronavirus Hotspots in Delhi: One of the containment zones - a locality in East Delhi's Dilshad Garden - has become a "coronavirus-free". Health Minister Satyendar Jain said.

Coronavirus: Delhi's Nizamuddin area has been sanitised several times in the past few days.

Two more people died and 183 new coronavirus cases were registered in Delhi on Friday, the government said, taking the total number of COVID-19 affected people to 903 and the number of deaths to 14 in the national capital.

According to officials, the number of COVID-19 hotspots in Delhi now stands at 30, up from 25 on Thursday, where strict containment measures are being taken including a total ban on people leaving their homes. The new hotspots include areas in Nabi Karim, Zakir Nagar and Chandni Mahal, the officials said.

One of the containment zones - a locality in East Delhi's Dilshad Garden - has become a "coronavirus-free" area following the "Operation SHIELD" protocol of the government, Health Minister Satyendar Jain said. No new cases were reported from the area in the last 10 days. 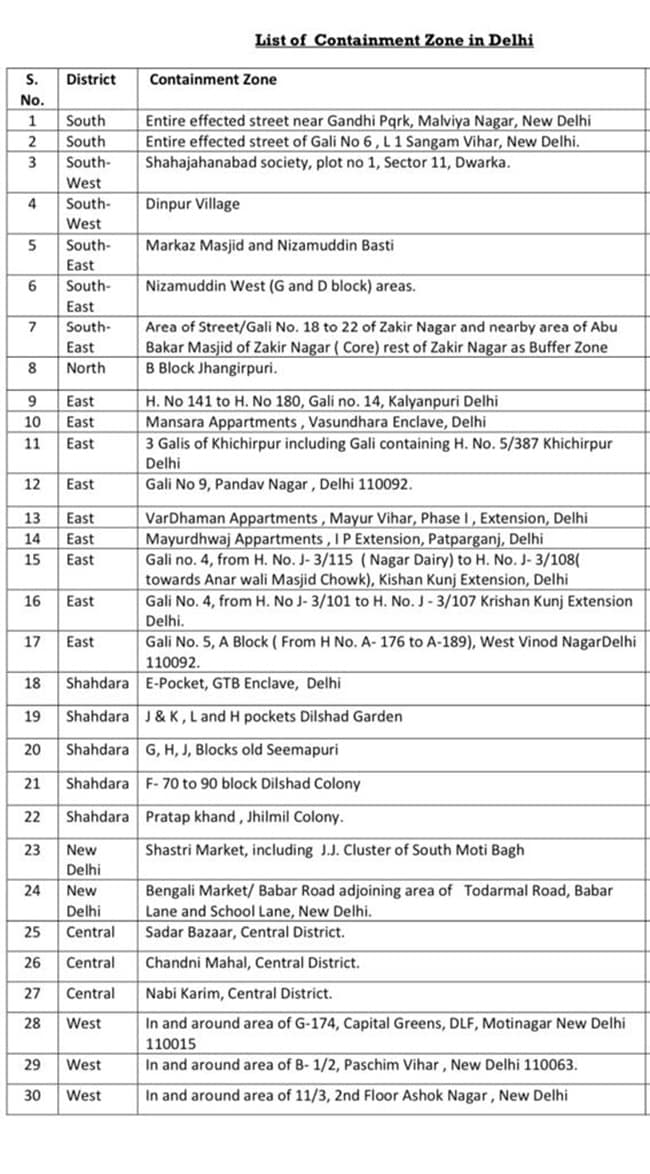 According to health officials, of the total cases in Delhi, 269 are people who had travelled abroad or came in contact with affected persons and 584 came from are linked to the religious congregation organised by Islamic missionary group Tablighi Jamaat in Nizamuddin last month.

Over 2,000 delegates, including from Indonesia and Malaysia, attended the Tablighi Jamaat congregation in Nizamuddin West from March 1-15, officials said on Monday, as the south Delhi neighbourhood was virtually sealed earlier following fears that some people there may have contracted COVID-19.

The civic authorities have carried out mass sanitisation and a disinfection drive in Nizamuddin in the last few days, using drones and other measures.

So far, Delhi has sent just over 11,000 samples for testing.