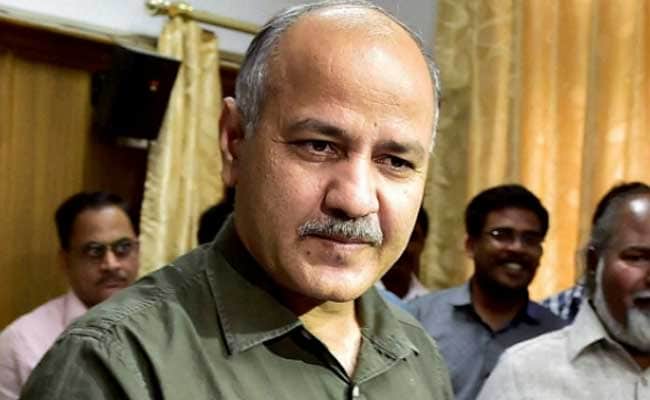 Manish Sisodia also wants the CAG to conduct a comparative study of the ad budget of all states.

New Delhi: Amid allegation of huge surge in expenditure on advertisement by the AAP government, Deputy Chief Minister Manish Sisodia today claimed there is no corruption in it and demanded that the Comptroller and auditor general (CAG) conduct a comparative study of publicity expense by Delhi and other states.

"There has been no corruption in advertisements given by Delhi government's publicity department. The CAG report has not found even a single rupee scam in expenditure on ads by the government," he claimed during a calling attention motion in the Delhi assembly.

"CAG may conduct a comparative analysis of spendings on advertisement by Delhi government and that of other state governments which will clear the air on the issue," he said.

"Sonia Gandhi, Rahul Gandhi, Amit Shah and other leaders who have been alleging a corruption of Rs 526 crore in Delhi government's advertisements should apologise as CAG report has not pointed to even a single scam in it," the Deputy Chief Minister said.

Earlier, Assembly Speaker Ram Niwas Goel cancelled a breach of privilege motion against Sisodia moved by Leader of Opposition Vijender Gupta alleging he did not give the right answer in the Assembly on CAG report on Wednesday.

Sisodia asked the Chair to take action against the BJP leader for "leaking" the CAG report to the media before it was obtained by the government.

"By leaking the report to the media through a press release, Gupta has committed contempt of House and action must be taken against him and the matter should be referred to the privileges committee," he said.

The matter was referred to the privileges committee of the House by the speaker.

Sisodia on August 24 had informed the House that the Delhi government has not received any CAG report. "Gupta should tell where he found the report," Sisodia said, adding he received the report at 5:30pm on Wednesday.

He also said the report was with CAG, Lt Governor of Delhi and Finance Secretary of Delhi Government and he believed that it was not leaked by the government official.

When asked about the issue at an event, Lt Governor Najeeb Jung said, "It would not be really fair for me to comment. The process is very clear. It will be tabled in the Assembly where the MLAs will debate on it and the shortcomings. Reports have been published in the newspapers. Let's see what the outcome is."

Promoted
Listen to the latest songs, only on JioSaavn.com
The Deputy Chief Minister also challenged Gupta to be ready for a discussion and not "run away" when the report is presented in the House with the permission of the Speaker.

Gupta had moved the breach of privileges motion alleging, "Deputy Chief Minister Manish Sisodia has committed contempt of the House by making wrong statement and in view of this the Assembly Speaker should punish him."