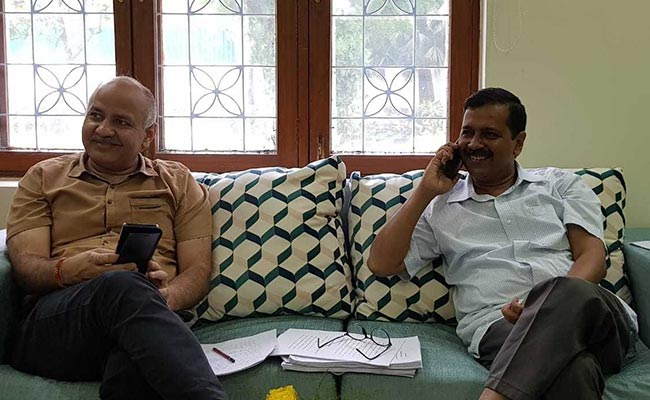 Delhi Chief Minister Arvind Kejriwal has welcomed the judgment of the Supreme Court, which today underscored that the powers of the Lieutenant Governor should stay within the limits set by the constitution. The court said an elected government's writ will run on all matters in Delhi except land, police and public order - marking a big boost for the government of Mr Kejriwal, which had gone to court after three years of tussle with the Lieutenant Governor.

In a tweet, the Chief Minister, who recently held a sit-down protest at the Lieutenant Governor's House, said:

"Service matters are now with the Delhi government... the Centre, on its own, said there was a 4th reserved subject. No need to send our files to the LG, due to which there was interference or delay," said Mr Sisodia, whose party had dubbed the Lieutenant Government the "Centre's agent" after several run-ins.

Mr Sisodia was one of the protesters at the house of the Lieutenant Governor, holding a hunger strike till his health took a downturn. AAP is pushing for full statehood for Delhi with a massive signature campaign.