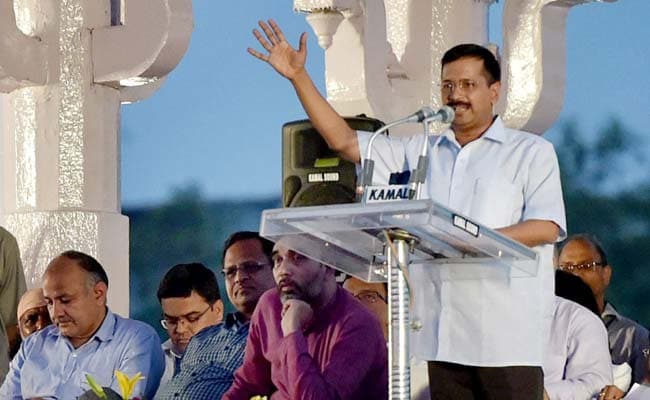 New Delhi: Delhi Chief Minister Arvind Kejriwal has assured all help to the striking students of the Film and Television Institute of India (FTII) who met him on Tuesday.

"The chief minister told the students that he was with them and he also agreed to their demand of raising the issue in parliament," a government official told IANS.

The students briefed Mr Kejriwal about their concerns.

The FTII students have been protesting for over a month, demanding the removal of newly-appointed chairman Gajendra Chauhan.

The students said the process of appointing the chairman must be transparent.

"They said though the prerogative of appointing the chairman lies with the government, the credentials of the person also matters," the official told IANS.

The secretary of the FTII Students Association, Vikas Urs, told the media that they had a healthy discussion with Mr Kejriwal.

"We are hopeful that he will take things forward. He has shown complete solidarity with the students," Mr Urs said.