Another Shot At Vacuum Cleaning Of Delhi's Roads 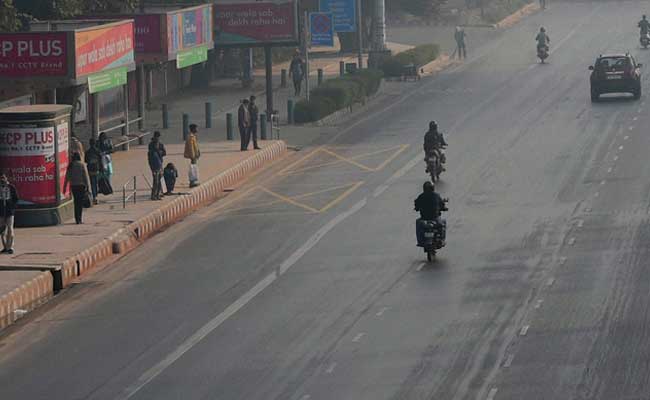 The proposal to vacuum clean roads in Delhi is set to get another push, over six months after its launch.

New Delhi: The vacuum cleaning of roads that comes under the Delhi government's Public Works Department (PWD) is set to receive another push, over six months after the project's launch and gradual tapering off.

The proposal to mechanically sweep Delhi's dusty roads was announced last December as part of a clutch of decisions taken by the ruling Aam Admi Party to combat alarming levels of air pollution in the city.

In fact, Chief Minister Arvind Kejriwal had inaugurated a greening drive and vacuum cleaning on April 1 and had tweeted that all PWD roads in the city will be mechanically swept in "two months".

"But the project never took off as envisaged as there were few takers for the government tender inviting private players. Primarily because greening and beautification of roads were also clubbed in it," government sources said.

There are very few companies in this sector who have equal expertise in sweeping as well as greening and beautification, which explains the tepid response, they said.

Another issue that cropped up was related to the dumping of collected dust. The municipal corporations of Delhi, that run the landfill sites in the national capital, "refused" to absorb the dust, the sources said.

"They never sought permission to dispose dust at those sites. Still we provided them alternative land at Sarai Kale Khan which they never used. The contractors used to dump dust at the nearest dhalao and we never objected," said Mr Shailendra Singh Monty, chairman of South Delhi Municipal Corporation (SDMC) standing committee.

Now a fresh tender is being drafted, where the sweeping and beautification components have been separated and the loose ends are being tightened.

It is learnt that the government is open to domestic as well as international bidders. The question of whether to hire these machines or go for outright purchasing is also being mulled over.

Around 1,280 km of the city's total road length comes under the local Public Works Department as it is responsible only for roads which are more than 60-feet wide. The rest comes under the purview of the civic bodies.