Watch: Couple In 70s End Marital Dispute With Laddoos In UP

In a viral video shared by Sachin Kaushik, a police officer, the couple was seen feeding laddoos to each other in the presence of cops. 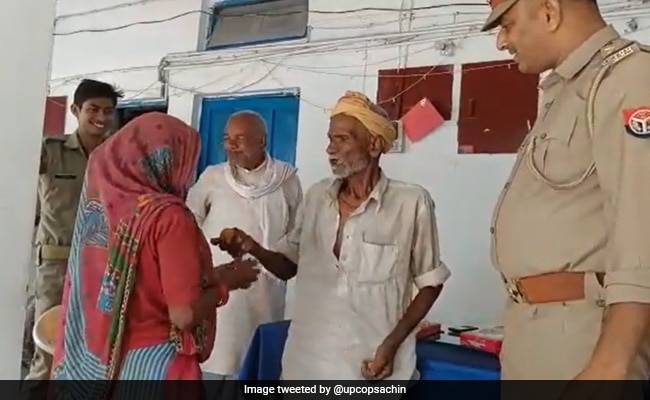 Laddoos have marked the end of a marital dispute for a couple in their seventies, in Uttar Pradesh's Gonda district.

In a viral video shared by Sachin Kaushik, a policeman, the couple was seen feeding laddoos to each other in the presence of cops.

The two were living separately after disagreements following which the villagers took them to the police station where policemen acted as mediators.

The video captured the climax where the elderly woman was seen feeding her husband a laddoo. A police officer then handed over one to him, asking him to feed his wife.

"Hamaar hathva na kaat lihu (Don't bite my hand)," he jokingly said as he fed him, prompting laughter among all present there.

Woman Found Dead Inside Suitcase Near UP Expressway Was From Delhi: Cops