UP Cop Suspended After Video Of Him Threatening To Kill Senior

A policeman in Moradabad was caught on camera threatening his senior. 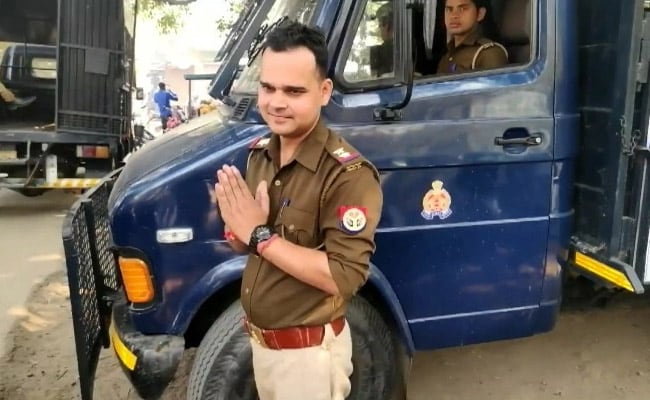 A clip of the sub inspector Sachin Dayal threatening his senior went viral.

A sub-inspector in Uttar Pradesh's Moradabad district, who had threatened to shoot his circle officer, has been suspended. A departmental inquiry has also been initiated against him.

Mr Dayal was posted at the Police Lines in Moradabad around eight months ago.

Superintendent of police (city) Amit Anand has also ordered a probe into the matter.

Inspector-general of police (IG), Moradabad range, Ramit Sharma said: "After Dayal threatened to shoot the circle officer, which is an indecent behaviour, an inquiry was ordered and it came to light that the sub-inspector has also been involved in brawls with local people in the past.

"He misbehaved with a few women at a public place here (in Moradabad) and was also booked for indiscipline and sending indecent messages to women on social media sites. After the allegations against Dayal were confirmed, he was suspended with immediate effect."

Sachin Dayal, a Dalit, however, in his police complaint alleged that the circle officer had used casteist abuses at him, even as he apologised for the accident.