The Odisha Forest Department has decided to shift tigress Sundari back to the enclosure from which she was released on August 17. 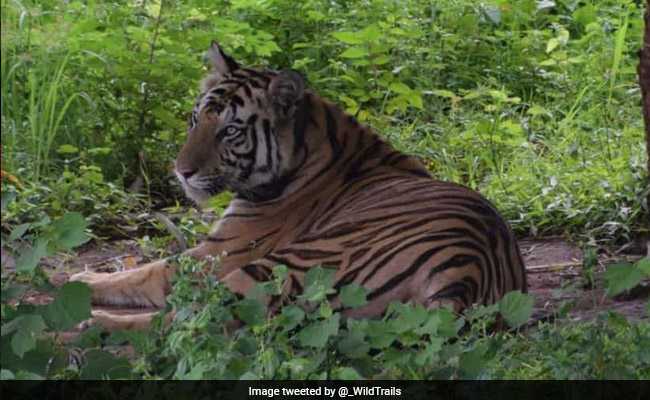 The forest department will sedate and take 'Sundari back to the enclosure from which she was freed.

The Forest Department in Odisha has decided to tranquilise Royal Bengal tigress Sundari after another man was attacked and killed in Satakosia Tiger Reserve, an official said on Monday.

The Department has decided to shift Sundari back to the enclosure from which she was released on August 17. "A tranquiliser team has already left for the place where she was last spotted.

"The moment they receive a go-ahead signal from the police and district administration, they will tranquilise and then shift Sundari to an enclosure," Principal Chief Conservator of Forests (PCCF) Sandeep Tripathi said.

This is keeping in view the safety of the human population and cattle in the area. "The priority is to bring the situation under control," Tripathi said.

The team of professionals handling the Sundari fallout is from the Odisha University of Agriculture and Technology (OUAT) and doctors from Nandankanan Zoological Park, besides the sniper assistants.

A team has also been called in from the Similipal Tiger Reserve.

Tripathi said a final decision over shifting Sundari would be taken after consultation with officials of the National Tiger Conservation Authority (NTCA) and the Wildlife Institute of India-Dehradun.

A letter has been written to the NTCA seeking the future course of action.

Athamallik MLA Sanjeeb Kumar Sahoo said he would apprise Chief Minister Naveen Patnaik and Forest Minister Bijayshree Routray of the situation and urge for the shifting of the tigress given the safety of the people in the area.

The Odisha government on Monday announced that it would compensate Trinath Sahu's family.