Several rounds of talks between the protesting farmers and the Centre have not been able to end the deadlock so far. 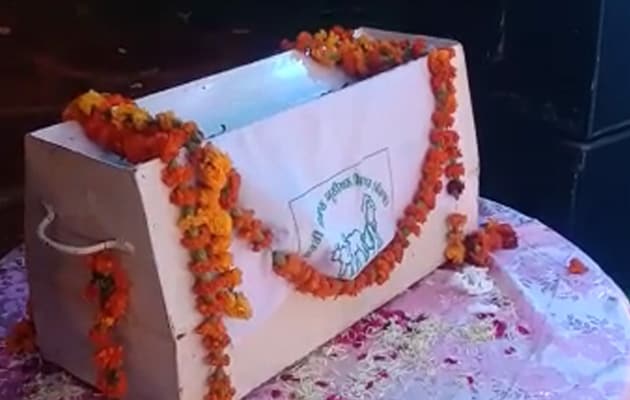 The incident took place in Punjab's Muktsar, around 250 kilometers from Chandigarh.

A Punjab family asked their relatives and friends to donate money for the farmers protesting in and around Delhi for the repeal of the Centre's farm laws instead of giving them wedding gifts, a video showed.

They also installed a special donation box inside the venue and appealed from the dance floor to make generous donations.

"Instead of paying us 'shagun' money for the couple, please donate for the farmers protesting in Delhi. This money will be used to provide food, warm clothes and other essentials to the farmers," an announcer is saying in a video clip from the wedding event.

The incident took place in Punjab's Muktsar, around 250 kilometres from Chandigarh.

Farmers fear that the three laws will result in a drop in their income and will make them susceptible to exploitation from corporate houses. The Centre, however, claims the laws will eliminate middlemen as farmers will be allowed to sell their produce wherever they want.

Several rounds of talks between the protesting farmers and the Centre have not been able to end the deadlock so far.

Farmer groups say they would not accept anything short of the scrapping of three new laws enacted in September.

Home Minister Amit Shah met with farmers this evening, raising hopes for a resolution a day before the government's sixth round of negotiations to end massive protests against farm laws.